Today I'm happy to tell you that we've selected Runescape Wiki to be one of the few selected wikis to receive a new Wikia feature: Chat. We've been working hard on this feature for a while now, and we want to see how it behaves in the wild. To join, find the "join chat" section under the "add a photo" tool on the right rail of any article page. (Or go to Special:Chat.)

Right now, the chat is still in the beta stage. There will be bugs and oddities, so we're glad to have your community as part of our team to help find them as we iron them out. We still have a bunch of exciting features in the pipeline.

[[Special:Chat]]. Its in the rail, you will need to be in wikia skin.

It seems like a good thing for newer users who may not know about RS:CHAT, but the requirement of being registered seems to limit the potential of this tool. We tend to be out of touch with our readers because they do not know about the Yew Grove and other communication methods, and if they can communicate with the community in methods such as this they might become editors.

I think it's a great way to communicate with users who don't use IRC, but I noticed that I got disconnected quite a lot of times, allowing me to post a small amount of things before I ended up ragequitting due to the connection issues. Matt (t) 01:56, April 19, 2011 (UTC)

Comment - As I have been waiting for this feature for the past three months, I feel that it lives up to my expectations. However I must note that there are a few negatives for the Chat feature. You must be a registered user to access Chat, thus eliminating the possibility to talk with the millions of readers we receive. There is an apparent lack of timestamps and while we are one of a handful of wikis to reveal this feature, I expect this to change in a few weeks, despite that there is no indication of such being done on TRAC.

There is a kick log for this feature, but as it currently stands all current kickbans will result in the addition of the bannedfromchat group to the account in question. There needs to a be a proper kick log rather than the addition of a user right (can we say negative user right?) for kicks and bans. I understand that this will not be changed in the near future, although I don't expect much more until the feature is more heavily used. One rather slightly inconvenient drawback to the Chat feature is the server must keep track of where you are at any given time, thus restricting the user to one Chat Room as indicated by the Wiki ID on the Chat server. Over the past few weeks, according to TRAC and some of my own personal experience from Sean's Dev Box are the disconnects made involuntarily by the server to the user. I noticed this today in Chat by the responses of several users.

The only things that need improvement thus far are the prevention of anonymous users to access Chat, the lack of timestamps, a proper kick log, and fixing server to client connections. Otherwise I can say that everything from it has shown me that it works as I expected it to. I hope to hear a reply from Wikia Staff as well as other users in the coming days. On a final note, volunteering for this should be a step forward for us as a community to broaden our scopes from IRC and the in-game chats to a fixated RuneScape Wiki Chat. Cheers, Ryan PM 05:47, April 19, 2011 (UTC)

STRONG OPPOSE No no no no! The Wiki is slow enough as it is with overuse of Ajax. A pointless feature designed to once again try to turn this ENCYCLOPAEDIA into a social network! All comments on the wiki should be made on talk pages where it can be logged etc. This "chat" feature is just bloat --

Um dude... it isn't trying to make it a social network. Chat is really just our IRC channel, with a lot less functionality, but a lot more accessible to users who may not know about the IRC. And again, RS:IRC. Feel me to correct me if you feel that my argument is invalid. Matt (t) 09:57, April 19, 2011 (UTC)

I don't see what we are opposing as this is a beta that we have volunteered into as we were not part of the original two or three wikis for this extension. We can also say that the Clan Chat and Friends Chat are a social network, and they are one and the same. If we cannot show the readers of this wiki that we do have a community, what is to become of getting more active editors when we can't show it except with wiki drama on the Yew Grove? Yes, the AJAX created .ChatModule is slow loading, this is to be expected as an unfinished product. Ryan PM 15:29, April 19, 2011 (UTC)

No, at least not in the short term. WikiARC can't function in Chat and CVN will stay in IRC. We'll still keep the Freenode channel, but I'll use both including the CC to chat as well. Ryan PM 15:29, April 19, 2011 (UTC)

Reply - Hey all, I've read your comments and I understand the frustration with the disconnections. We're working on it. Also, I can tell you that timestamps, better kick/ban functionality, and other useful features are coming. Plus, we're working on what to do with anonymous users. It's a work in progress and will get better with continual feedback. Thanks! --Ohmyn0 <staff /> (talk) 16:59, April 19, 2011 (UTC)

Apparently this isn't replacing IRC, but will rather be yet another method of communication off of talk pages. ajr 18:14, April 19, 2011 (UTC)

Strong Support I love it! It is an epic new way for wikians to have live discussions about things, without having to open new tabs or walk away from what they are doing, and post a message on talk pages. I support!  —The preceding unsigned comment was added by Adam Savge (talk).

Cool - IRC is better (though that may change as Chat is updated) but this is great for newer editors, and it looks very clean, simple and I can only imagine it becoming more stable as time goes on. I'm happy to have both IRC and Chat open at the same time.

A couple of comments - Alright, so here are two thinks that I think could be improved:

Comment - The "Join now" box at the top right covered up everything on the right side of the pages for me due to my css. No thanks. It's now found itself on my css to be forever hidden. (:

Problems The chat is great, but there are some problems:

Response/ Addendum - As we continue to roll out fixes, please try and include times of when you notice any bugs or breakages. Also, screencaps help. If you don't want the screencaps here, add them to my blog on Community Central. Thanks! --Ohmyn0 <staff /> (talk) 16:54, April 21, 2011 (UTC)

Strong oppose - Monobook can't use it and there's no way I'm switching to Wikia skin. 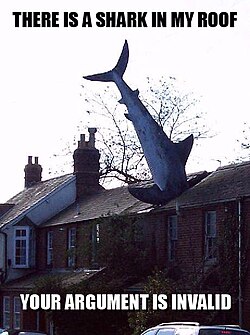 Comment - One sorry for breaking it 4 times (one was ryan's fault for even well for trying stuff I tell him), and it's not that good really because well... It lags, it got bugs and it allows blocked users to join which just led to bad things... So I kinda doesn't support but I stay neutral--Cakemix 08:00, April 22, 2011 (UTC).

Comment - One of the flaws I find is the lack of any type of notification. Even if it flashed when a new post was added it might make it slightly better.

If unregistered users could use Special:Chat, it would probably be more lively.

Comment - Until the [[wikia:Chat#Feature Requests|feature requests]] are fleshed out (specifically anon usage), Chat will stay dead while IRC will remain afloat. Sad to use such a feature and only have to be held back by this one thing. Ryan PM 16:47, May 7, 2011 (UTC)