From the RuneScape Wiki, the wiki for all things RuneScape
Jump to: navigation, search
Forums: Yew Grove > Desysop Cook Me Plox

Reasons to De-Sysop Cook Me Plox

And anyone else that feels like they should contribute to this article, please do so, because I do not want to see such an irresponsible person in power like him ruining it for anyone else here.

Strong Oppose - You're a troll.

Strong oppose - Cook is a pretty cool guy, eh blox vandles and doesnt afraid of anything. Also you're a troll.

Oppose - Cook has done nothing to warrant such a retaliation. If you have a dispute with him leave it on the respective talk pages. Don't just rant about random things that didn't have substantial proof for your edits. This isn't the way to go to people who disagree with you. Ryan PM 04:46, March 25, 2011 (UTC)

Strong oppose - Evidence, or I'll base this on how well Cook ruly (NB: I've just been informed ruly is an adjective, thus for the purposes of this thread ruly means the opposite of unruly, kthxbai) conducts himself, and how he puts his powers to good use. 222 talk 05:21, March 25, 2011 (UTC)

Note I just left this message on Admas talk page, and will repeat it here. "If you cannot provide any links or other evidence of Cook abusing his powers then your thread will be seen as a vendetta, and closed early for being completely unsubstantiated. You have 24 hours from the time the thread was made to provide evidence, or withdraw it.--Degenret01 05:22, March 25, 2011 (UTC)"

Degen, the best places to look I think would be my talk page, his talk page, and the history of Guthix armour (note the redirect). It's unfortunate we have to go down this road. ʞooɔ 05:26, March 25, 2011 (UTC)

Cook, l2bemorecivil. Your conduct towards Adam saddens me, man. We can't have sysops running amuck, deleting completely legitimate articles like you did there. Suppa chuppa Talk 05:32, March 25, 2011 (UTC)

The proposer needs to provide links, it is not for us to research your 99k edits. That would bloody well take forever and a day. And I am just following the forms, I am sure there is no real evidence.Degenret01 05:34, March 25, 2011 (UTC)

Links or it never happened - Firstly, I lol'd.

Secondly, I looked through the pages that Cook provided above and can't find proof that he did anything wrong. I do know about his deletion of the Guthix armour page, though. I trust Cook's judgement, but I can't verify whether his actions were appropriate however, because only admins can view deleted content. I am highly looking forward to you providing proof of him stalking you.

Until proof can be provided of wrong actions made by Cook, I don't have a stance. I mean, you know I'm gonna strong oppose either way, but we should fully listen to his reasons first. Matt (t) 06:01, March 25, 2011 (UTC) 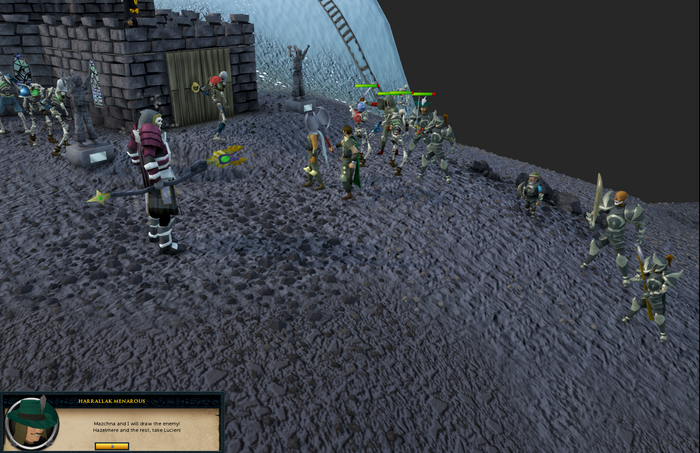 Strong oppose - I suppose you haven't got proof? User_talk:Fswe1 Fswe1

Strong oppose - As far as I can see, you're basing this off the fact that he deleted your article, which you created with no proof, other than a screenshot taken from a WGS cutscene.. I'm sorry, but this desysop attempt is completely pathetic. Cook hasn't abused his powers in any way, shape or form, plus you spent a while trolling him beforehand. You have even less evidence than Diber did here. Next time you wan to build amcase against someone, make sure you have something solid to base it on. Real Nub 07:35, March 25, 2011 (UTC)

Clarification please? I apologize for not being positive in understanding this event sequence, but hey, lets list it out clearly for those like me.

Let's just say I am flabbergasted that Adam actually made this thread over that. I mean, seriosly? He made a ridiculous nonsensical article, and then gets mad when the nonsense gets deleted? WTF did he expect to happen?--Degenret01 10:06, March 25, 2011 (UTC)

Oppose - I known Cook me Plox / RayOxide / What ever account he uses now, for a long time, he no where near bad, in fact he the best admin i know! he worked hard on this wiki and just because of a fight over the internet, shouldn't result in a forum to remove his powers, mainly i wish they close this thread before it gets worse, like it did to me when i took on a admin, and lost, but i can't request Closure, so i'm gonna say this to Adam Savage: Don't push yourself into war, find a way to sort out your fight, other then fighting, it always ending badly, trust me, i been ban...3 or 4 times now, i learn my lesson, so i'm advising you before it to late, thanks --

Support - It's exactly people like Cook we need to get rid of on this wiki. They're always abusing powers, making things chaos, and destroying the community for the rest of us. People like him are exactly the reason that I left this wiki years ago, not people who create fake articles and then accuse people of abusing their powers for removing what could be considered as vandalism.

Oppose, but grow up, all of you - You say Adam is the troll? Bullshit, YOU LOT are the trolls. If you're going to abuse him and drive him away by calling him names like "adshit" or Support for completely idiotic reasons like Chess's, you are trolling back. This kind of behavoir is EXACTLY why I left the Wiki CC...and why I cannot trust any of you. You people sicken me.

Strong Support - It's always unfortunate that these threads need be surfaced and judgements made. Therefore I cannot agree more that Cook be de-sysop'd. The evidence is quite clear and immediate action must be taken. It's my personal opinion that, for the greater good of the Wiki, that this is taken care of ASAP.

What threads? This is the first time that someone has requested that Cook be de-sysoped. And I've only seen a few other de-sysop threads, usually made just because people are angry. ɳex undique 18:30, March 25, 2011 (UTC)

Requesting closure - Okay, we've all had our fun here. Seeing as the nominator has been blocked for a week and there is no (serious) support, I would like for this to be closed. ʞooɔ 20:40, March 25, 2011 (UTC)

Aww - Cook, I was going to do that :( This thread wasn't needed from the start.

<edit conflict with Cook (and Nq2h), who was ironically requesting closure> Closed - Adam Savage has been blocked for a week for his actions both on and outside this thread. All this thread can bring is more chaos/wiki drama, so the best course of action is to close it (see RS:UCS). If anyone takes issue with this close, please contact me first.