From the RuneScape Wiki, the wiki for all things RuneScape
Jump to: navigation, search
Forums: Yew Grove > Build number and NXT

With the release of the NXT client, it appears the developer's console there does not display a build number. Additionally, the build for the NXT client is different than that of the java based client. I'm tempted to simply make a new section and stuff client versions there, but then it appears the game client's changelog (and chances are, NXT), does not update the same way as the java client. What should be done with build number? 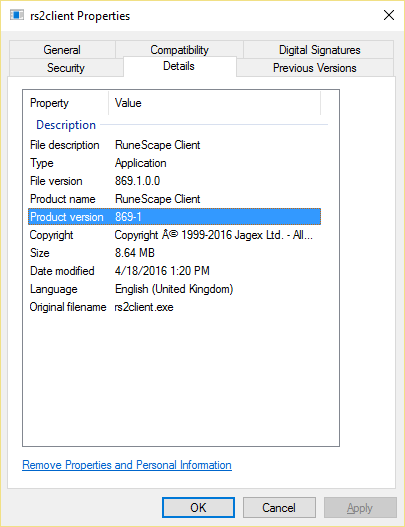 No reason to be sorry, yo!

Closed - Per what Jlun said above.