From the RuneScape Wiki, the wiki for all things RuneScape
Jump to: navigation, search
Forums: Yew Grove > April Fools' 2011

Obviously, planning on the Yew Grove doesn't work that well. So, for this year's joke, I'd like to propose that we let the events team plan it. Technically, it's not an event, but I think they can do a good job with this. I really don't want to get into another messy Yew Grove discussion with too many chiefs and not enough Indians. It just degenerates into a chaotic cacophony of voices where no one listens to anyone else.

Beyond that, I'd like to request that individual users be allowed to make their own jokes, and to stretch wiki policies a little, as long as they are within reason. That means that it has no adverse affect on the larger wiki, and its purpose is purely to have a little joke. For example, last year's signature switching was technically in violation of RS:SIG, but it was for a joke, so who cares?

So, here's a summary.

Support 2, Neutral 1 - It'll be fun :3 But surely more then just the event team could come up with something :P

Comment - Will they be planning the Wiki-side joke? I don't think we should deny our editors the chance to express their creative ideas to temporarily screw up the wiki. 222 talk 03:20, January 19, 2011 (UTC)

Yeah, but you know how these discussions go. Everyone is shouting, no one listens. Besides that, last year's joke had a hitch that Stelercus doesn't like me to mention (well, at least he didn't like me talking about it the day after it happened). You can ask him to recount the experience if you like. --LiquidTalk 03:22, January 19, 2011 (UTC)

Telos, Oli, Chicken, Frede, and countless others. And I see that I still didn't have my signature then, so my comment has the default signature. Not that my templated signature is much different.

And I see that I somehow managed to give Gareth an edit conflict despite our comments being 26 minutes apart. I'll have to hunt him down one of these days and ask him about it. --LiquidTalk 03:27, January 19, 2011 (UTC)

Comment - I suggest removing all ads and all annoying things for this years' april fools joke. And then of course forget to remove it afterwards. JOEYTJE50TALK pull my finger 08:46, January 19, 2011 (UTC)

Suggestion - Imo, we should definetely do something with {{USERNAME|you}}. I heard a lot of new people reacting surprised seeing their own username somewhere. JOEYTJE50TALK pull my finger 14:10, January 19, 2011 (UTC)

Support 2, Oppose 1 - Honestly, the thing that makes april fools fun is that anyone can come up with some stupid joke. It is like that for me anyways. bad_fetustalk 17:01, January 19, 2011 (UTC)

Support 2 + Suggestion - Reflect the main page like a mirror, flip everything upside down, Invert all the colours, fake closure message, Rickroll when entering the wiki main page, which has a link below it taking you to the real mainpage... Anything like that would be fun, since it would take effect on all users.

Support both on condition - Don't put me in charge of the skin. Kthxbai. I support point 1 for the reasons Liquid mentioned and point 2 so long as individual mainspace articles are not touched.

Why don't you want to be in charge of the skin? You did an admirable job last time around, with the sole exception of that not-so-little hitch that overshadowed the entire event, but hey, everybody makes a few errors here and there, right?

It was FireBrick, not pink. Get your facts right.

Oh, so that's what that Andrew Gower userbox was about - Oops

Of course, as long as they don't significantly affect the mainspace. Part of the proposal is to allow people to bend the normal rules.

Question - I'm not entirely sure everyone agrees on what Liquid meant by "let the events team plan the joke". My interpretation is that the ET would manage the site-wide aspect of the joke (such as changes to the main page), but individuals will be free to do things such as change their sigs. Liquid, can you clarify?

Yeah, basically the events team or some other group of designated individuals. --LiquidTalk 19:59, January 23, 2011 (UTC)

That didn't answer my question. What will the ET/group of people do that individuals will not, and vice versa?

The group can implement changes to the whole wiki, such as a temporary new skin, temporary new logo, etc. Individuals can't do that. --LiquidTalk 19:47, January 24, 2011 (UTC) 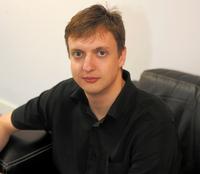 Support both on condition - We never use that Andrew picture anywhere on the wiki ever again, nor do we mess with the skin/coding of the wiki in a difficult way that is not easily fixable (Those eyes stared at me for days... and days...)

I would lol while he raged since he'd be quite mad.

Lol ^ - I dont mind who gets to do it as long as someone does. I personally think that Admin jokes are always funny. They play on people's want for power/importance/being noticed. We always say AEAE but who can honestly say they never used to considered admins more important? Especially when you were new. We could toss ranks in aswell to cover a wider group. So maybe something in the sitenotice like "A good number of our Admins and clan chat ranks are leaving due to school/work. This has left us with many open positions. If you have an account and think you would make a good Admin click [[UMad?|here]] to receive your name hilite and Adminship or [[Trollololol'd|here]] for an ingame clan chat rank." - What do you think? Too mean :P? - [Pharos] iPhone Edit 13:36, January 31, 2011 (UTC)

(oh and put something about The Game on pages too

Joey...
http://img821.imageshack.us/img821/7584/sadkittyn.jpg
*cough* Anyway, the admin/rank prank sounds good, maybe we could tell people wanting ranks to gather ingame, but at a tele location like Falador or Lumbridge, then have about 15 people tele in, say "April Fools!" and tele out? Real Crazy 17:00, January 31, 2011 (UTC)

hmmm... Do you think people want to do that effort, and that while they are walking to the spot they might realise it's April Fools'? I think the best is to have a short joke and that people click and then think "D'OH!"
Oh and I made something for fooling people too: [[w:c:joeytje50:Test#Link]]. We could then do something like "Find the link in this (text, grid, etc.) (text=lorem ipsum, grid=like @ my test page, or another idea) and then let the link lead to a rickroll

Strong comment - What if we made a page like "Requests for sysopping", that isn't actually anything to do with RfA, and redirected it to a Trololo page, like I did here? That way, people wouldn't see the link target in the bar at the bottom, and it's more likely to fool people

Support both - Sounds fun, as April Fool's is meant to be.

Support both - Per RS:UCS, a single day of sig swapping wouldn't do any harm. And an April Fools' Day event is worth a try.

NO - Those are all terrible... TERRIBLE! I'd prefer Andrew Gower and his eyes again. 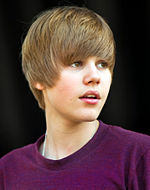 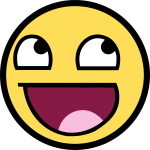 Comment - Just remember, what you do to the background and Wiki-wordmark will be reflected in Wikia's Game Guides mobile application. Ryan PM 05:00, March 10, 2011 (UTC)

I like 3 & 4 from Joey's suggestions - If 3 is possible, I think that'd be cool in addition to something else. 4 sounds fun, maybe link it to a new fake page like that April Fool's joke Jagex did saying how there'd be a new type of armor called "cabbage" and bunnies would be it's natural enemy... We could make something similar. (:

Yes. Go to some test box, there replace all content in the <body> with <span style="cursor: url(http://img852.imageshack.us/img852/2469/regularcabbage.png);">BLAAAAAAAAAAAAAARGH!</span> and then hover over the BLAAAAAAAAAAAAAARGH!. You will see the cabbage cursor. It doesn't seem to [[w:c:Joeytje50:MediaWiki:Wikia.css|work]] on Wikia though, so I don't know if a cabbage cursor on Wikia is possible (this text should be a cabbage cursor too, while it isn't, in Chrome's inspect elements it shows up as <span style="/* insecure input */">.) JOEYTJE50TALK pull my finger 12:03, March 15, 2011 (UTC)

With current events going the way they are, we must prepare for the worst. What would happen to our wiki if teh internetz went down? Thusly we should all look at this article[2] I found on wikipedia which details how to prepare for the end. We have a duty to find a way to transfer it to our wiki so that future generations (even radioactive cannibal zombies) should know the light that was RSW!

If no one has suggestions/comments, then go ahead and do what you want, Swiz. Silence is implied consent in this case, since something has to be done by someone. --LiquidTalk 19:25, March 19, 2011 (UTC)

Helm, srsly, u blind bro? Swiz's bieber suggestion is heavily opposed, and the other 2 are just as nubby as himself, and u tell him it's okies?
Anyway, please vote on the suggestions by swiz and me (seen above) so we can decide what to do. I'll start working on the "new messages" box with JS already, so we can add that as soon as it's the 1st. If we are going to have the fake RfA page, someone should start writing some text, post it here(collapsible plz) and then others could modify to perfection. So please keep voting, thanks. JOEYTJE50TALK pull my finger 21:29, March 19, 2011 (UTC)

EWWWWWWW Swiz was the one who came up with Justin Bieber? <_< He is the absolute (insert several words here that aren't fit for children's ears). I didn't actually read the discussion. I just assumed that the discussion wasn't going very well. I'll retract that statement now, if Bieber is involved. --LiquidTalk 23:53, March 19, 2011 (UTC)

For once, I agree with your homophobia. Anyway, you yourself aren't even helping this thread by voting or commenting on suggestions(

Comment - I've made a code for adding the "new messages" box everywhere it would appear normally (so if there's the bottom toolbar, you will also see the new messages thing) based on the toolbar links script:

If we add that to [[MediaWiki:Wikia.js]], everyone will see the "new messages" box everywhere. You are able to click it away, but it will return on pageload anyway. JOEYTJE50TALK pull my finger 12:06, March 20, 2011 (UTC)

I also thought of letting selected areas "disappear" (only on non-IE browsers) as extra, just like on [[w:c:joeytje50|my test wiki]]. The code for this is ::selection {color:#FFF8DC;background-color:#FFF8DC;color:transparent;background-color:transparent;} in MediaWiki:Common.css. Just thought I'd throw it up. (It doesn't do anything with images. It just doesn't show you selected them. all "disappeared" content is still selected though. Ctrl+C or anything still works.) JOEYTJE50TALK pull my finger 23:57, March 22, 2011 (UTC)

Last-resort suggestion? - Considering that april fools is in just a bit longer than a week, and we havent made any progress from 3 months ago. How about we all just agree that im the king of bad jokes and childish jokes that make you cringe? (Modesty being another of my charming qualities...) I mean, have you seen my polls 0_o? Plus, it'd allow us to surprise everyone, including those that have read this thread. Give me 3 sysops with no morals, a 2L bottle of soft drink, a coding-ninja and let me get crackin' >:3 Btw, some of the un-used suggestions from the last thread are hilarious XD and you cant go wrong with clippy when it comes to bad jokes :P - [Pharos] iPhone Edit 12:54, March 22, 2011 (UTC)

Coding ninja reports! (thats cuz I does coding and I ninja'd Gaz

Comment - In a more serious note, I think it would be fine for everyone to do whatever they want as long as it is easily reversible, and within the bounds of common sense. They must also be stupid. 222 talk 05:15, March 23, 2011 (UTC)

Since this seems to be going where all community-led discussions go, I'd like to just table this discussion and let users do whatever, according to 222's guideline above. (That is, easily reversible and within the bounds of common sense.) If anyone opposes me tabling this, raise the issues now or forever hold your peace. --LiquidTalk 23:18, March 24, 2011 (UTC)