From the RuneScape Wiki, the wiki for all things RuneScape
Jump to: navigation, search
Forums: Yew Grove > Advertising

Adverts on Wikia range from the noticeable to the inexcusably obnoxious. Some of you have seen the autoplaying background adverts, and some older users might remember forums discussing leaving Wikia because of the high level of advertising along with the content of said adverts.

Adverts are here to stay. There's nothing we can do about that as long as we're on Wikia, and frankly moving off Wikia is unlikely to ever be a viable option. They pay for hosting us, they pay for the tech support and pretty much everything else you can think of. It doesn't take a genius that a website needs advertising to survive. But at the end of the day, the costs of running the wiki are none of our concern. Our concern is maintaining the content of the wiki and making it the best it can be for our viewers.

Like many of us, our viewers are not exactly fans of the adverts on Wikia. To quote a recent feedback entry, posted through the ratings system "once again your \auto play\ adds make your site a fucking pain in the ass.". What I'd like to do is give them a bit of inside information: tell them how they can disable adverts for themselves. And while we're at it maybe correct a few misconceptions about who actually gets advertising revenue.

Support - Nothing looks bad with it.

Support – I very much like this idea. However, we need to make sure this page doesn't end up like all the other supposedly "important" pages like Help:Getting Started and RuneScape:General disclaimer that nobody ever reads. The link to the page should be prominent. The page itself should be concise—the "step-by-step" instructions on creating an account could basically just be a single link. (Using Template:Nutshell would be a good idea.) Also, perhaps we should pick a name other than "RuneScape:Advertising," as it might give the impression that it's meant to be read by people who want to advertise on the wiki. Perhaps "RuneScape:About our advertisements" or something similar would be better. In any case, it's about time we officially acknowledge the presence of ads on the wiki.

Support, but... - I suspect Wikia wouldn't be too keen on one of their wikis telling people how to install ad blockers. From [[w:Terms of use]]:

Instructing people where to go to block the ads themselves could be construed (by Wikia) as obstructing the ads. Additionally linking to an off-site resource and suggesting readers install it could easily be construed (by readers) as endorsement of that site or its product (because, really, isn't it?). So I support everything but the last point above. --Saftzie (talk) 00:25, September 30, 2014 (UTC)

The quoted ToU material has only ever been enforced for users blocking adverts with JS or CSS on a site-wide level afaik. Wikia have always given us free rein to alter the site on a personal level and installing adblock is always going to be personal modification.
There appears to be two main options, wikipedia:AdBlock and wikipedia:Adblock Plus, which both support the major browsers, are both actively developed and boast 20m and 50m users respectively. Even if the usage is a fraction of what they boast, they're obviously very well tested which is reflected by their popularity. Even if we said "alternatively, you can use adblock (google it)" chances are that's where they'd end up. cqm 09:01, 30 Sep 2014 (UTC) (UTC)

Support - That and I find it kinda odd that we're advertising adblock on a thread about the annoyance of ads. Also I don't believe the last point's a solution for public access computers. --Jlun2 (talk) 04:03, September 30, 2014 (UTC)

I doubt adblock is an option for public computers, but it's an option for others. I don't see why we'd leave it out just because people can't install it on a computer in their local library. cqm 09:01, 30 Sep 2014 (UTC) (UTC)

Maybe we could pay Wikia for ad space to promote the page?

Comment - Are comments received through the rating system about the advertisements being forwarded to Wikia? If they're so annoying as to potentially drive people away from the website, it's going to have an adverse effect on us, and thus adversely affect Wikia.

I send them in, and they get forwarded to some advertising team. They can make some sort of educated guess at what advert the user saw based on the time and IP address although I don't know how accurate that might be. Wikia are notoriously tight-lipped about any of the internals of advertising beyond their guidelines on what is considered a bad advert.
As far as I can tell, the main complaints about adverts seem to be aimed at the silent autoplaying background adverts which are allowed under Wikia's guidelines. They're invasive and obnoxious so I can hardly blame people for complaining. Some of them seem to be about autoplaying audio (which is classed under a bad advert) but I suspect these are the minority.
The point about adverts potentially driving away viewers doesn't seem to have occurred to Wikia's advertising department. I assume the background ads generate a huge amount of revenue compared to otherwise placed ads, but it does explain why Wikia's global notifications have such a poor click through rate; I wouldn't click a random brown floating box when I could see 10 different ads on a page, would you? cqm 23:16, 30 Sep 2014 (UTC) (UTC)

Support - RuneScape:About our advertisements is a much better page name than RuneScape:Advertisements, though. Matt (t) 23:22, September 30, 2014 (UTC)

No! It's ours! Aligned to us! Useful to none other while we still live! WE ARE A GOD! User_talk:Fswe1 Fswe1

Comment - Can you also tell wikia how the flash ads cause large memory buildups for chrome and IE? 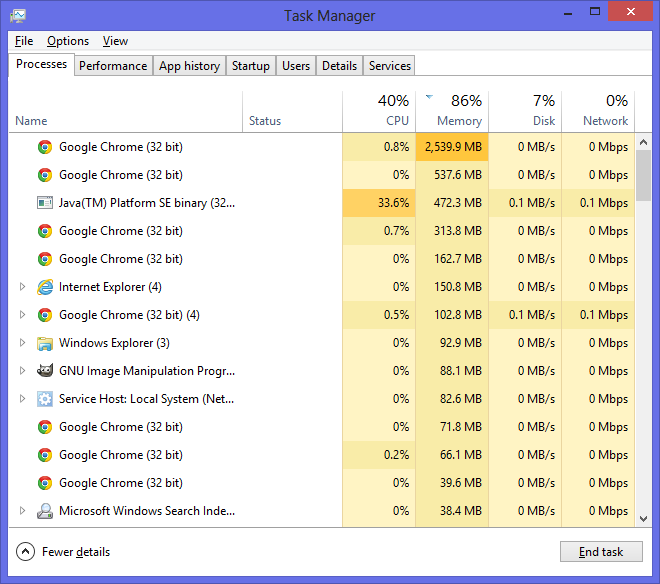 Support - People always complain about our ads. It's difficult to explain to the random person how it works and how we have no control over it. Having a link to give them would be ideal. Telling people how to create an account and disable ads is not against ToU - it's a built-in Wikia feature. Also perhaps RuneScape:Advertisements might be better, or something like that. RuneScape:Advertising sounds like the part of a website you would go to if you want to have your advertisements on said website.

Support Tho I feel its dubious weather we should be linking to ad blocking software, maybe just leave it at 'signing up to Wikia will prevent you from getting ads' or something written more eloquently

Neutral I don't feel a certain way about it one way or another. --

It seems to me that we're not telling them to install ad blockers, but informing them that they are allowed to install them should they wish to do so. If Wikia has an issue with it, we can just reword that section of RuneScape:Advertisements and remove the links if need be. According to Cqm, the section of the ToU that prohibits the obstruction of advertisements has only ever been enforced when users have blocked advertisements with JS or CSS on a site-wide level, and other than that there doesn't seem to be any issue with it. Temujin 03:14, October 5, 2014 (UTC)
I'm still struggling to see what's wrong with adblock extensions. Only Saftzie has actually raised specific concerns about endorsing software we don't control, which I'm not convinced is much of a problem considering it's level of usage. Everyone else has failed to explain their reasoning. cqm 10:12, 5 Oct 2014 (UTC) (UTC)

I raised two points. In addition to endorsing software for which we should at least disclaim responsibility, ad blockers also stop Wikia's revenue stream. I would expect Wikia to object to one of its sites promoting their use, even if it has only forced non-compliant sites to remove site-wide JS or CSS in the past. Realistically, Wikia probably realizes that people use ad blockers on their personal machines and chooses not to take an impotent position prohibiting it. However, front page content, including prominent links to article content, is something on which I'm sure it would enforce restrictions. --Saftzie (talk) 17:24, October 5, 2014 (UTC)

I still don't see what's wrong with leaving it in for now, and removing it only in the event that Wikia objects. If it does so, it's not at all difficult to alter/remove that section, and leaving it in doesn't violate the ToU afaik. Temujin 02:47, October 6, 2014 (UTC)
A disclaimer is a reasonable suggestion which I'd happily add in. However, I'm seriously doubting this entire page is going to be on any Wikia employee's favourites list. I'd suspect the reason they don't prohibit adblock is that it's impossible to prevent readers from using it. Sure it's detectable and they could add a notice stating it interferes with functionality (assuming it did), but that's all they can realistically do. cqm 21:42, 6 Oct 2014 (UTC) (UTC)

Support - I'm fine with mentioning adblock software - probably easier to link to their wikipedia page and/or their homepages, instead of each version for each browser. The only addition I have is to state that, if adblocking software/extensions are used, runescape.com should be added to its whitelist - especially if you're a free player - per Honour#Advert blocking (Game Guide link). Admittedly I know most people don't bother whitelisting, and I don't really think punishing those who block their ads are high priority for Jagex.

Support - It's the least we can do wih a clear conscience. We have to do *something* given the inappropriate and intrusive nature of the ads wikia serves.

Closed - I have written an initial draft of [[RuneScape:Advertisements]] with a view to finishing it in the next week or so. If anyone has any ideas for improvements feel free to edit it, or post feedback on the talk page. Adblock software has been included in the page, but comes with a disclaimer and a link to RuneScape's advert blocking rules. The page will be linked to from the main page and ratings sidebar module when it has been completed. cqm 14:57, 28 Oct 2014 (UTC) (UTC)