I think we should open up a general discussion about starting to include videos on articles. No, not long instructional videos. Nobody wants that. And if you do want that, it doesn't matter, because I don't want that. I'm not looking to add any new type of content; I just want to improve the quality of what we already have by changing the file's format.

I'll just get straight to the point. GIF isn't that great. It's dated, it's inefficient, and above all, it's pretty crappy. First, let's knock out all the good reasons just to get the hell off of gif:

I think we have two main options:

Our first and easiest option is to begin using .ogg. We shouldn't be unfamiliar with this, as it's what we use to upload music tracks. But did you know it can do visual as well? We already have this available, so the only thing we'd need to do is start using it.

The more preferable option is to begin making use the HTML5 player, so we'd switch to .webm and/or .mp4. The caveat is, we have none of this enabled. It's definitely possible, though. It actually already exists with the Special:Video extension, but the problem is that's not what we're looking for. Everything about that extension turns wikis into even more of a social media website. It also strongly encourages users to embed videos from other sites. Actually, from what I understand, that's the only way to add a video. I'd really like the ability to use webm and mp4, but I don't want to treat them as if they're different from any other file.

I really hope you guys can realize just how bad gif is. I mean, it's fine for some things, but this dated format can't suit our current needs. As far as discussion, I just want this to be about agreeing on the upgrade. If successful, I can formalize the rules for a later forum.

Support HTML5 - assuming we can get it in a way that won't make us sick to our stomachs.

Summoned! Also in this camp. Lossy and expensive is not a good mix. Gif has the benefit of having free high-precision editor software but the trimmed result is lower quality, has blackbars which is a TERRIBLE idea with organic content like animated humans, and costs more than .webm/.mp4. Sojurnstrs (talk) 19:03, May 18, 2016 (UTC)

Support HTML5 - It would be a big improvement in almost every way. The only downside I can think of is possibly mobile browser support, but I assume that's pretty good these days anyway. Lmnt (talk) 19:27, May 18, 2016 (UTC)

Support HTML5 - This may be my favourite thread ever, just because of the title. --

Question Before I recast my vote HTML5 would screw up the Wikia Fan app with this place more than it already is, and just iOS (and android) in general. Solutions? --

Why? They're a pretty large demographic from what I observed. I may be wrong, but eh. It should still be important. --

Damn, really? I retract my statement. But still, 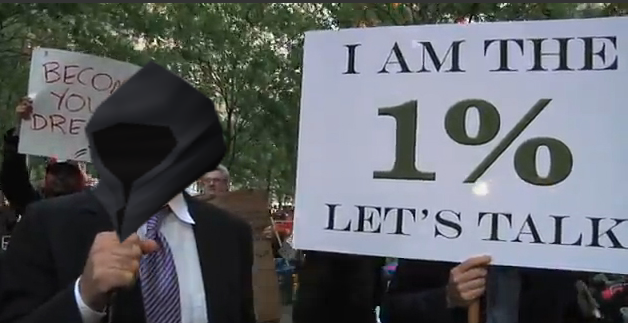 Google Analytics doesn't include mobile because custom JS doesn't load. It only records views when loaded in the normal skin via useskin or 'view desktop version', which would be predictably small. Tablets might be accurate, since they generally load normal skin.

I'm in favour of supporting mobile but I think we'd be doing mobile users a favour by removing slow-ass gifs from pages. Also it looks like mp4 has good mobile support. Lmnt (talk) 00:48, May 19, 2016 (UTC)

Recast: Support HTML5 The mobile support is a thread for another time. --

Comment - Firefox supports Ogg Theora and WebM VP8 natively. I believe other browsers support them, as well. Firefox does not support MP4/H.264, which is proprietary, so we would have to provide a player (and maintain a player). Also I'd suggest that we establish a standard that video be only video, no audio. --Saftzie (talk) 09:23, May 19, 2016 (UTC)

From mozilla.org: "To avoid patent issues, support for MPEG 4, H.264 and MP3 is not built directly into Firefox. Instead it relies on support from the OS or hardware...." That OS would be Windows, and the hardware would rely on Windows drivers. There's more than Windows in the world. --Saftzie (talk) 20:26, May 19, 2016 (UTC)

Comment - Currently trying to find out if Wikia are willing to enable either of the proposed formats. After an initial question they're hesitant about file sizes and licensing. The licensing I can't see being an issue as it's a replacement for GIFs, but the size aspect isn't something I'm familiar with. Is anyone able to provide some technical/in-depth explanation of the pros/cons from that perspective? cqm 16:33, 19 May 2016 (UTC) (UTC)

It shouldn't take an IT genius to know that these will be more efficient than gif. The change to mp4 will only be for quality/size, not necessarily length/dimension. But the increased efficiency will allow us to expand to longer and larger animations. Here's an example mp4 that's pretty active, but is a nice compact 1.27MB:

When converted to a gif, it's literally almost 20x larger:
mp4 size (should actually be a bit smaller; the file on my computer has an extra couple seconds)
webm size
gif size
MolMan 17:06, May 19, 2016 (UTC)

Additionally I have major concerns about the selection of format. Webm is not supported in either Mac or Windows' default browsers. If it was just something like Opera it would be a different story, but not supporting either of those browsers is a potential problem. Ogg is even worse. Mp4 has better support, but has issues with versions of windows older than 7 and is apparently propriety as mentioned above. If we had the option of multiple formats and graceful fallbacks it might be workable, but right now I'm not comfortable supporting this nor do I think the move is worth the trade-off in current web browsers. I'd suggest re-visiting this in a couple of years when support is much more common across whichever browsers we need to support.
Dis-regarding mobile is not something I'm willing to commit to either. Sure, Wikia's mobile skin sucks, and our traffic is lower than the Wikia average, but knowingly breaking things for them worse is not something we should commit to. It's difficult to define what our actual data is due to it being skewed by the OSRS Wiki, but we're looking at 30% of views according to Quantcast. Even if OSRS had much higher mobile viewing (which I doubt), at best this is likely to be 20% of our views - 1 in 5. Let's avoid screwing over mobile and try to fix what we've got already. cqm 18:08, 19 May 2016 (UTC) (UTC)

gifs are already absolutely horrible on mobile, so the difference there isn't something of concern.
We just literally can't fix what we've got already, because gif is shit. That's all there is to say. We're greatly sacrificing the quality of images (e.g. File:Lava ball.gif) by clinging onto this 30 year old format.
What's important is that this format change will improve more users' experiences than it hurts. MolMan 18:15, May 19, 2016 (UTC)

Support - Why not. I'd cast my vote on mp4 rather than webm or .ogg as I'm most familiar with mp4, and never even heard about .ogg but I'm a pleb so wtf

Comment - I would love webm's, but as Cqm said they aren't supported by default in Internet Explorer and Safari. So I would put my support on mp4s.

Though it does look like Edge will "soon" support webms.

Support HTML5 - It would be nice to be able to use WEBM and MP4's instead of GIF's to demonstrate animations. If we really consider those that use a mobile device to view the wiki, wouldn't having to load less information be better for those with limited data? A thumbnail of a large PNG will be less data used, but for a GIF you usually going to load the whole thing. I understand that WEBM doesn't work on iOS and Mac's, but MP4 is generally viewable by most people. If it would be possible to have a fallback if a MP4 or WEBM won't play that would be nice (like a still image from the video?). - Ryan PM 20:02, May 19, 2016 (UTC)

They're willing to enable it for a trial period and it should be enabled in the next couple of days. We can figure out how it works for us and then make the case for making it permanent should that go well. Personally, I can't see too many issues arising other than browser support. cqm 20:15, 31 May 2016 (UTC) (UTC)

Comment - MP4 has been enabled, but needs an extension or very involved JS to get it working. I'll see what can be done, but I suspect the extension will be out of the question. cqm 12:51, 1 Jun 2016 (UTC) (UTC)

Turns out Wikia are considering a version of mw:Extension:TimedMediaHandler later in the year, something that has been increasing in priority for them for a while now. Our options are either wait for that to appear, or use a JS method, or both. I'm inclined to put this on hold for the time being, as it'll likely come with all sorts of benefits we won't get from a JS solution like a placeholder image, fallbacks for unusual browsers and mobile support. cqm 23:42, 1 Jun 2016 (UTC) (UTC)

Would much rather plan a way to use videos that let's us just use JS now and then easily switch over if we do see that. Not keen on waiting for Wikia and their BS. MolMan 23:59, June 1, 2016 (UTC)

Closed - There is consensus for HTML5, in theory, and it has technically been enabled on the wiki in the form of .mp4 formatted videos. Implementation details seem to be boring to everyone involved, and should probably be discussed in a new thread in order to garner more attention. --LiquidTalk 04:04, June 17, 2016 (UTC)