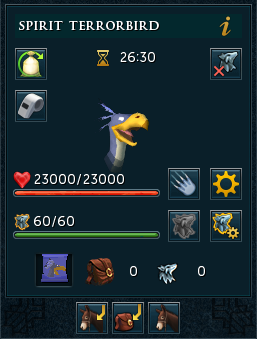 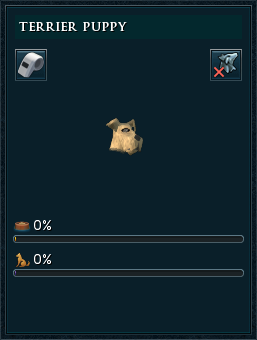 The summoning screen for a pet.

The follower details interface displays information about a player's currently summoned familiar or pet. The screen can be reached via the Summoning icon on the action bar.

This screen is only available when a pet or familiar is actually in use.

This information has been compiled as part of the update history project. Some updates may not be included - see here for how to help out!
Retrieved from ‘https://runescape.wiki/w/Follower_details?oldid=35508383’
Categories:
Hidden categories: