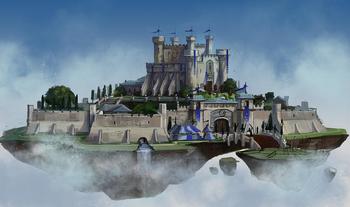 Falling rocks[1] were a RuneScape event that occurred at 7:03 PM UTC on 2 July 2011. It was a hint for the upcoming Clan Citadels, which was released 26 July, as hinted by Mod Petal. It consisted of large rocks falling in certain areas, accompanied by screen shaking.

Following the earthquake, several large boulders, which fell from the sky, were left in various locations throughout Gielinor. The following locations have experienced earthquakes and rocks falling from the sky:

Once Clan Citadels were released, all of the boulders were removed.