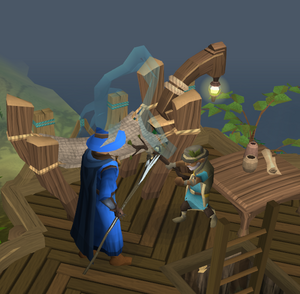 Enter north-west into the inner cave and inspect the singing bowl, click on the blue arc to use Oaknock’s exchanger on the machine, attempt to unlock the machine, and look at the panel. Head back and tell Brimstail about your discovery, to which he says that that room belonged to Oaknock himself and it was where his workshop was located. Noting the elven nature of the bowl, he finds himself at great loss in explaining it, although he remembers someone who knew Oaknock, the King and Glouphrie himself - Hazelmere. 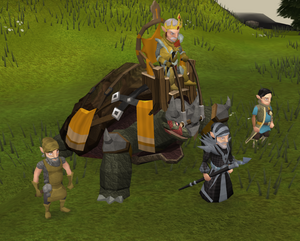 Hazelmere deduces that since the machine used elven magic, it must probably be operated by some sort of crystals. He hands you a crystal disc for help in using the machine. 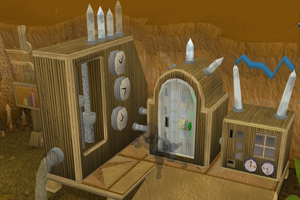 Grind the mud rune to get some ground mud runes and mix them with the bucket of sap to produce magic glue. Use the glue on the machine to fix it. 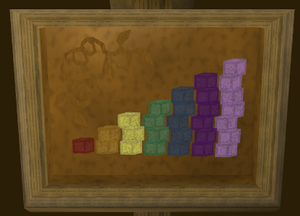 The value of a crystal piece is the product of the ordinality of the colour in the rainbow and the number of sides the shape has. For example: 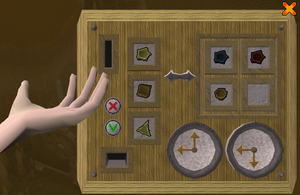 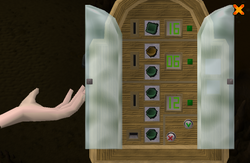 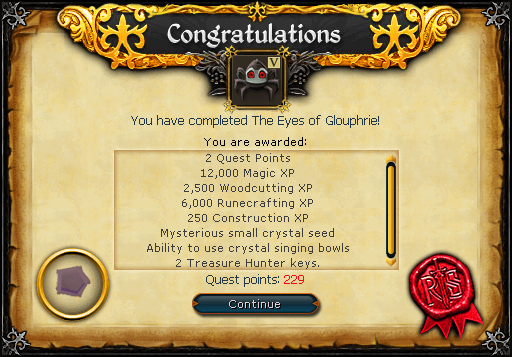