From the RuneScape Wiki, the wiki for all things RuneScape
Jump to navigation Jump to search
Endwyr, Emissary of Seren? (edit) 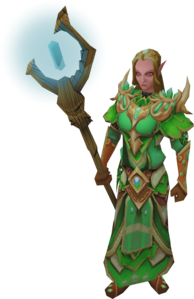 Endwyr Cadarn is an elf who proclaims the word of Seren outside Tirannwn, acting as an emissary for her. She can be found south of Port Sarim. According to Endwyr, if the player chooses to follow Seren, then she will watch over the player and help provide a sanctuary against the other gods. She will give the player various tasks to complete. Endwyr will also give the player a Banner of Seren and a Book of the Gods. The title "[Name] of Seren" may be obtained from her.

During the Song of Seren event, she could also be found south of Burthorpe Castle where she informed players about Desperate Times and the event. 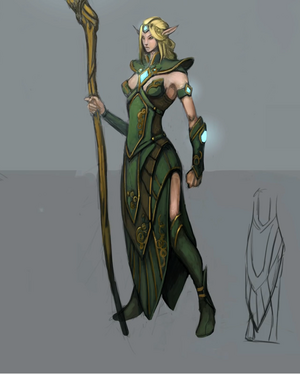 Endwyr, Emissary of Seren speaks in: