From the RuneScape Wiki, the wiki for all things RuneScape
Jump to navigation Jump to search
EmmettEmmet Logowski? (edit) 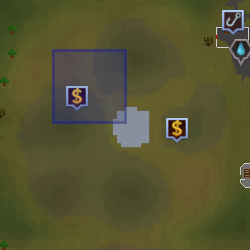 Emmett (Emmet) Logowski is one of the roaming firemakers involved in the quest The Firemaker's Curse. He is a former Circus performer, but left after an incident, though he hopes to return.[1][2] He wants to learn how to gain greater control over fire and becomes its master.[3][4] He has a habit of self-combustion when he gets excited. Despite his obsession with fire, he's considered to be relatively harmless.[5]

During the quest, he is possessed by Char and forced to kill Phoenix, a fellow firemaker. He becomes paranoid and wracked with guilt, thinking he's being accused when asked about his suspicions.[6][7] The only time when he does not react as such when asked who is being possessed is when he's possessed a second time. After the quest, he goes to request that he be allowed to rejoin the circus, and the survivors decide to help him.[8] Afterwards, he can be found running the flaming poi section at the circus. He has a flaming poi performance named after him, the Big E.