The Elemental Workshop quest series is a series of quests revolving around the workshop and its various levels. It explores the Elemental, Mind, Body, Cosmic and Chaos workshops. The player first repairs the workshops, then learns how to craft the metals into shields, then helmets, followed by bodies, and finally gloves and boots. 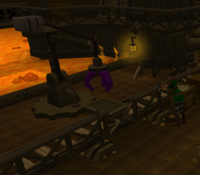 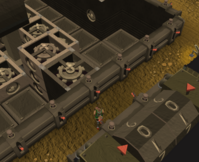 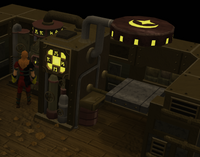 This quest series is very different from most quests, due to the fact that it is started by a "chance" finding of a book and is continued by the player's curiosity and intuition. In most quests, you are given a task by an NPC, and come back for more information once that task and any other necessary actions are finished. The Elemental Workshop quest series doesn't directly involve any specific, important NPC, and only has a backstory with a character that you learn about through books. On top of this, while some quest series even go so far as to make the player seem blundering and foolish in the beginning, the puzzles that are solved with little outside input suggest that the adventurer is keen and intelligent from the start.