From the RuneScape Wiki, the wiki for all things RuneScape
Jump to: navigation, search
Elder tree patch? (edit)? (edit) 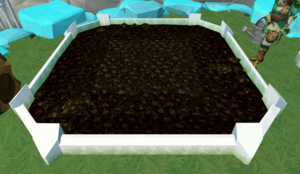 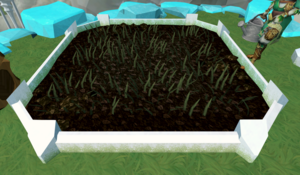 An Elder tree patch is a type of Farming patch used to grow an elder tree. The patch can be used at level 90 Farming by planting an elder sapling in the patch, granting 321 experience. The tree takes 70 hours (at least two and a half days) to grow, and can be checked for 23,142 experience when the tree is fully grown. Sior, the nearby gardener, will protect the patch for 25 morchella mushrooms.

There is only one elder tree patch, located in the Crwys section of Prifddinas.

This information has been compiled as part of the update history project. Some updates may not be included - see here for how to help out!
Retrieved from ‘https://runescape.wiki/w/Elder_tree_patch?oldid=35585760’
Categories:
Hidden categories: