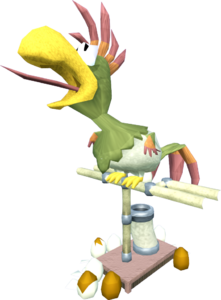 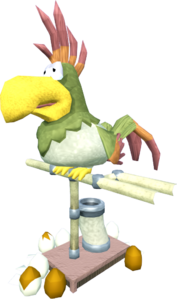 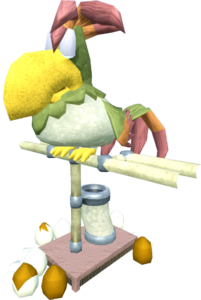 The Easter Bird originally appeared in the 2006 Easter event, known as the Easter egg bird, but only played a minor role, accidentally laying Magic eggs, which were carried out of the warren by hypnotised bunnies, which the player then retrieved, allowing them access to the warren.

The Easter bird appears for the third time during the 2010 Easter event, where it is once more part of the Easter Bunny Jr's factory, laying chocolate eggs for the Easter Bunny. During this event, the Easter Bird becomes depressed and feels unappreciated. It is up to the player to lift the Easter Bird's spirits and convince him that he is a vital part of the team, without him, the factory could not function, and that everyone on Gielinor is appreciative of his efforts.