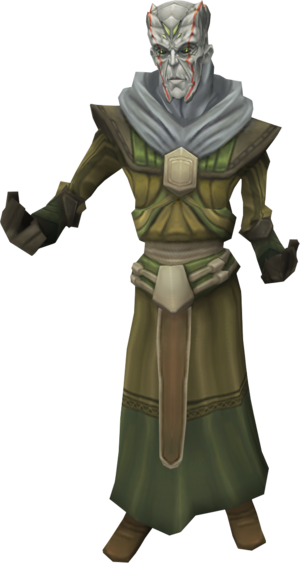 Dreams of Mah[1] are a race native to the world Freneskae. It is comprised of many tribes, of which only four are known: the Mahjarrat, Mahserrat, Chelon-Mah, and Mahkorat which were constantly in conflict with one-another.[2] They were created by the youngest of the Elder Gods, Mah. One of her other creations - the goddess Seren - impersonated her and instructed the tribes to perform the Ritual of Rejuvenation in order to sacrifice some of their energy to her in tribute, namely by sacrificing one of their kind to her.[3][4]

While it is likely that the race is comprised of warlike, long-lived sorcerers, nearly nothing else is known about them, as only one tribe of them has ever been encountered, the Mahjarrat. Thus, which characteristics are unique to the Mahjarrat and which are shared across the other tribes are unknown.

Bilrach sacrificed the last remaining Chelon-Mah, and also says the Mahserrat decided to forgo the Ritual and thus, they likely died of natural means or were captured. However it was revealed during the Children of Mah quest that Hazeel was initially a Mahserrat. The Mahkorat were destroyed by Azzanadra after his brother Alotor was slain.