The dragon platebody is a mid-range platebody that is part of the dragon equipment set, requiring 60 Defence to equip. Level 92 Smithing is needed to repair the body from its three broken parts, along with 1 million coins for the purchase of a one-use blast fusion hammer. Although creating it requires completion of While Guthix Sleeps, the quest does not have to be completed or even started in order to equip the dragon platebody.

All 3 pieces of dragon armour are only dropped by tormented demons which are found in the former area of the Stone of Jas inside the Ancient Guthix Temple. This is locked off to players who have not completed While Guthix Sleeps.

After the completion of While Guthix Sleeps, it is possible to unlock the mithril door upstairs near the mithril dragons by using a dragonkin key. This key can be made by using half of the strange key (acquired during the quest While Guthix Sleeps) on a mithril dragon, while both pieces of the key are in the player's inventory. This will fuse the pieces together into the dragonkin key.

Beyond the mithril door are three hanging dragon skulls, rib cages, and a giant orb in the centre. Using Fire Wave on each head previous to EoC was required to light the dragon heads. Now simply clicking on the Light options will use a fire ability that will cause a flame to appear in their mouths and they will be moved towards the orb in the centre.

Once the orb is lit, the player can go back in the Ancient Cavern towards a corner south-west of the brutal green dragons. Up the stairs, the player will find the Dragon Forge. It is here, using a blast fusion hammer purchased from the Foreman at the Blast Furnace for 1,000,000 coins, that the player can fuse together the three parts of the dragon platebody with 92 Smithing (originally 99 Smithing upon release). The process yields 2,000 Smithing experience.

A boost may be used such as dwarven stout or dwarven stout(m). The Assist System can be used to create the platebody. 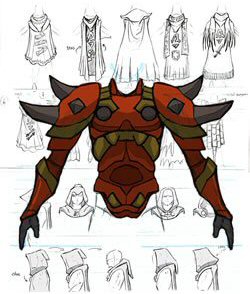 Multiple years before the release of the dragon platebody, spinning plates were released, joking that "dragon plates" (since the spinning plates had a picture of a dragon) were then available. With Jagex's joke, many players were disappointed and thought it would never be released.

On 2 September 2008, a new banner was released after the Distractions and Diversions update, showing a female character wearing what appeared to resemble a dragon platebody.[1] Also, an image representing the dragon platebody was posted onto the internet by an anonymous user, and resembles the one in the banner.[2]

On an unknown date, long before the platebody was released, Jagex put concept art of what appears to be the dragon platebody in the "Membership benefits" section of their website (shown right). This has since been implemented into the design for the Primal platebody. There is also speculation that the dragon platebody was shown in two news post screenshots. The Clan Wars improvements were accompanied by an image of a player wearing what is believed to have been a dragon armour body, though because the image is so small, it is possible that it was a dragon chainbody. The PvP worlds update, on 3 October 2008, also revealed a screenshot, this time clearer, of what appears to be a player wearing a dragon platebody. Looking closely at the PvP picture, the piece of armour seems to have three horns on its shoulder.

Even after the release of the dragon platebody, players were still not satisfied. They complained the platebody did not look attractive or intimidating enough for such a sought after item. Jagex posted a sticky in the forums to collect feedback on what the dragon platebody should look like. Several weeks later, on 25 March 2009, the new dragon platebody was released, along with an unannounced graphical update of many other pieces of dragon armour.

On 4 August 2010, an update was released: Ornament kits, which allow the user to "trim" their dragon platebody. One side effect of this procedure is that the dragon platebody becomes untradeable until the kit is removed.