From the RuneScape Wiki, the wiki for all things RuneScape
Jump to: navigation, search
Not to be confused with Dragon wolf outfit.
Dragon wolf puppyDragon wolf adolescentDragon wolf adult? (edit)? (edit) 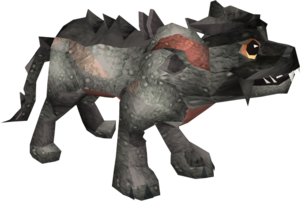 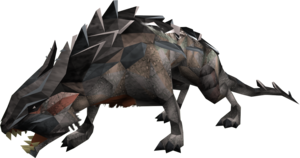 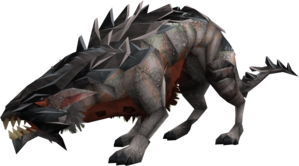 The Dragon Wolf is a legendary pet available from the Solomon's General Store. It was introduced on 5 February 2013 along with the Dragon Wolf outfit. It can be purchased for either 1083 (free to play) or 975 (members) RuneCoins.

There are several recolour options that you can choose in order to customise your pet. Though the colour of most of the Dragon Wolf's skin is a constant black, specific areas of the Dragon Wolf can be recoloured during each growth stage. 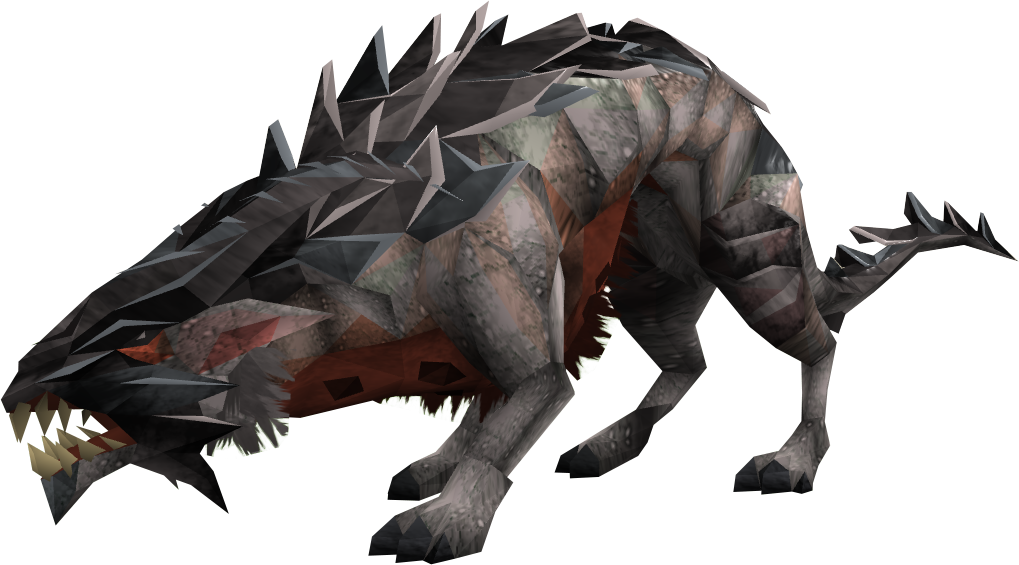 The two playing emotes for the Dragon Wolf also change as it grows from a baby to an adolescent to an adult.

These are the possible names that can be given to the pets:

This information has been compiled as part of the update history project. Some updates may not be included - see here for how to help out!
Retrieved from ‘https://runescape.wiki/w/Dragon_Wolf?oldid=35551783’
Categories:
Hidden categories: