From the RuneScape Wiki, the wiki for all things RuneScape
Jump to: navigation, search
Dragon? (edit)? (edit) 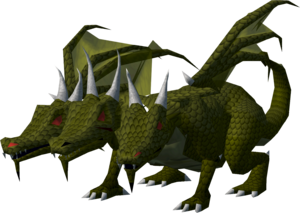 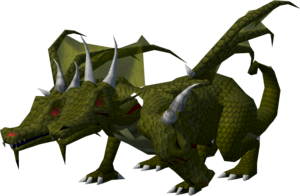 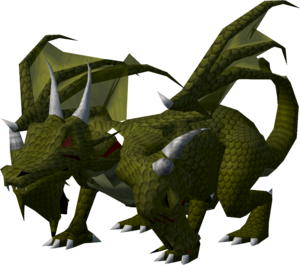 This three-headed dragon was a level 243 enemy that was found in the Learning the Ropes tutorial, which is no longer accessible for new players. It had the highest combat level out of any green dragons and free-to-play dragons. However, it could not be fought by players through conventional means. Sir Vant claims he sent for help from Falador, and would not let you fight the dragon, however he would give you 3 exp lamps for asking. He attempts to slay this dragon, but it manages to escape while severely injured, with only its middle head remaining alive. Its escape caused the collapse of the Lumbridge Mine. It is said to still be lurking under Lumbridge, in the mine. 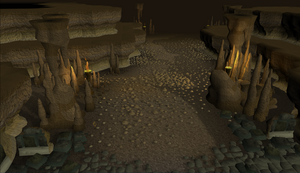 A picture of the lair, seen with Orb of Oculus.