From the RuneScape Wiki, the wiki for all things RuneScape
Jump to navigation Jump to search
Item JSON: {"edible":"no","disassembly":"n/a","stackable":"no","stacksinbank":"yes","death":"alwaysinclwild","name":"Double spin ticket","bankable":"yes","gemw":false,"equipable":"no","members":"no","id":"24155","release_date":"2 April 2012","restriction":"removed","release_update_post":"Squeal of Fortune – Extra Spins","lendable":"no","destroy":"Are you sure you want to destroy this ticket? You cannot reclaim it.","highalch":false,"weight":0,"lowalch":false,"tradeable":"no","examine":"Consume this ticket to earn two additional spins on the Squeal of Fortune.","noteable":"no"}

As of the update on 14 August 2012, double spin tickets were automatically claimed for spins if the player chose to keep them. Unlike most other prizes, they could not be converted to coins.

Some time prior to 1 November 2013, double spin tickets were seemingly removed from the Squeal of Fortune.

When the Squeal of Fortune was replaced with Treasure Hunter on 4 February 2014, double spin tickets were completely replaced with double keys tokens, however these were never made available.

Woohoo, extra spin for the win!
Voice played when using the ticket 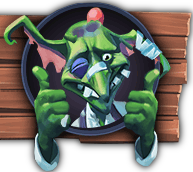 This information has been compiled as part of the update history project. Some updates may not be included - see here for how to help out!
Retrieved from ‘https://runescape.wiki/w/Double_spin_ticket?oldid=35658189’
Categories:
Hidden categories: