Doogle Bushes are a species of bush native to the Varrock area. Their leaves are called Doogle leaves and are a popular seasoning for seafood dishes, and are also used as a mapping surface by the gnomes. Unlike most bushes, they cannot be grown using the farming skill.

Only one doogle bush can currently be found in RuneScape, and is located behind Gertrude's house in western Varrock. Although there are many doogle leaves on the ground already, players can also pick the leaves from the bush. The bush provides an infinite number of leaves.

Although doogle leaves can also be found in the Feldip Hills and east of Rellekka, doogle bushes only can be picked in Varrock. 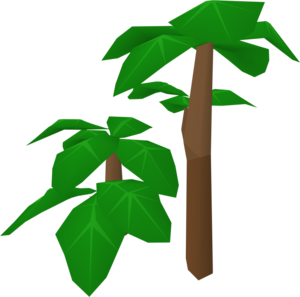 The doogle bush behind Gertrude's house.