From the RuneScape Wiki, the wiki for all things RuneScape
Jump to navigation Jump to search
For the enchanted hydrix bracelet, see Deathtouch bracelet.
Item JSON: {"edible":"no","disassembly":"no","stackable":"yes","stacksinbank":"yes","death":"always","name":"Deathtouched dart","bankable":"yes","gemw":false,"equipable":"yes","members":"yes","id":"25202","release_date":"1 October 2012","release_update_post":"Sizzling Summer – Choose Your Fate & Promissory Note","lendable":"no","destroy":"'''Sizzling Summer:''' You will not be refunded a fate token if you destroy this. If you have remaining tokens you can obtain more from the fate cards.<br>'''Balthazar's Big Raffle: ''' You will not be refunded a raffle ticket if you destroy this.","highalch":false,"weight":0,"lowalch":false,"tradeable":"no","examine":"A dart that kills almost anything. Does not work in PvP.","noteable":"no"}

The deathtouched dart is an item that will kill almost any monster in the game with one hit. One can be purchased on scheduled days from the Travelling Merchant's Shop for 5,000,000 coins. One may sometimes be obtained from the Challenge System as a weekly progression reward. When a dart is used, it does not give combat experience; however, Slayer experience will still be gained if used to kill an appropriate Slayer target.

If a dart is used to kill a boss, the kill will not count in the Beasts tab (and thus not count for a Soul Reaper assignment), nor can it be used for a fast time on the boss. There is a 15 minute penalty in which any bosses killed during this time will not have their kills and fastest kill speed recorded. Players are informed in the message box when the penalty is applied and lifted. Bosses that are killed using deathtouched darts do not award Marks of War.

In a group scenario, the kill will count in the Beasts tab for the player(s) who did not use the dart, thus allowing for the corresponding boss portal to be unlocked in War's Retreat, as well as progression during a Soul Reaper assignment. 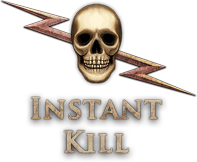 A player using a deathtouched dart.

Does not work on[edit | edit source]

Note: a typical game message when attempting to use the dart at these bosses is this: You cannot kill that with a dart, so it would be a waste to throw it. No darts are used. It is not known if darts will ever be usable at these bosses.

Deathtouched darts could previously be obtained during:

This table shows the next 5 dates(wrong?) on which deathtouched dart is available in the Travelling Merchant's Shop, where it can be purchased for 5,000,000 coins. 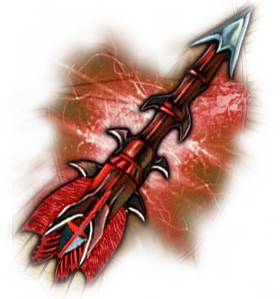 Artwork for the deathtouched dart from the Sizzling Summer update