From the RuneScape Wiki, the wiki for all things RuneScape
Jump to navigation Jump to search
The Old School RuneScape Wiki also has an article on: osrsw:Death altar
Death altarDeath ruins? (edit)? (edit) 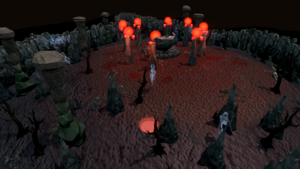 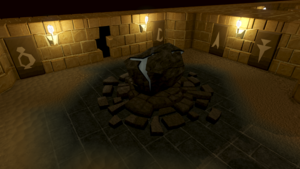 The Death altar may be found in the Temple of Light after completing most of the Mourning's End Part II quest. It is used to craft death runes from pure essence, providing 10 Runecrafting experience.