Daffyd Amlodd is an elf who lives in the Amlodd district of the city of Prifddinas. It is his life's work to catalogue every kind of impling. Players may help him populate his house with implings by catching them for him.

Daffyd requests that players catch one of every type of impling for him so he can keep them as pets, and gives players who accept his task an impling checklist to help them track how many they have caught. The implings may be caught in either a jar or barehanded, and in either Puro-Puro or Gielinor. If an impling is caught with a jar, it can be safely looted without losing progress towards his challenge.

Level 95 Hunter and completion of the Rocking Out quest are required to fully complete his challenge. Implings in jars obtained from the Grand Exchange or from other players will not count towards his list. Impling jars received from the Motherlode Maw do count as having caught that type of impling for the checklist. If a player receives a type of impling that counts towards Daffyd's list from the Maw they will be notified with the message "Daffyd has been notified of the impling you received.". Receiving a pirate impling from the Motherlode Maw will count toward completion, bypassing the quest requirement. Implings caught before completion of Plague's End do not count. Hunter boosts such as Hunter potions, extreme hunter potions, spicy stews, and the Oo'glog mud bath can be used; using extreme hunter potions to catch a crystal impling puts the minimum required Hunter level at 81. Implings generated by a tree-shaking scrimshaw or superior tree-shaking scrimshaw and subsequently caught also count. 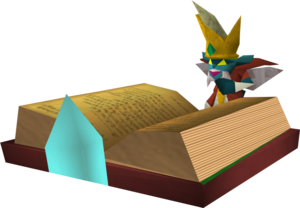 The implings a player catches will appear in Daffyd's house, sitting around idly or flying about. They each have a unique name, and can be used to check which ones have been caught.

After collecting all implings, Daffyd will reward players with the thinker robes and thinker trousers, a Hunter XP lamp that grants 50,000 Hunter experience, and will grant players the choice between getting triple experience for every time they catch an impling barehanded or double loot. The double loot option does not actually double the items, but rolls the loot table twice. After a player has chosen their reward, they may switch to the other one by talking to him, but they cannot have both active at once.

For quick access to Daffyd, players can use the fairy ring code djs. 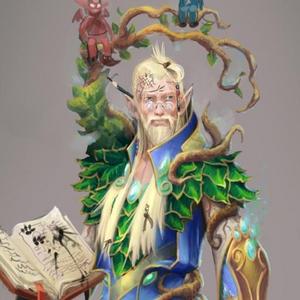