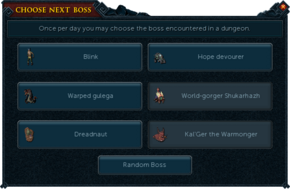 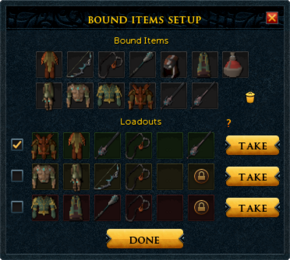 The Daemonheim aura 2 is a reward for completing the easy and medium Daemonheim achievements, and is given by Marmaros, the Dungeoneering rewards trader. It can be retrieved from him for free if lost. Unlike most auras, it does not require activation and time to cool down for any of its benefits.

This information has been compiled as part of the update history project. Some updates may not be included - see here for how to help out!
Retrieved from ‘https://runescape.wiki/w/Daemonheim_aura_2?oldid=35469569’
Categories:
Hidden categories: