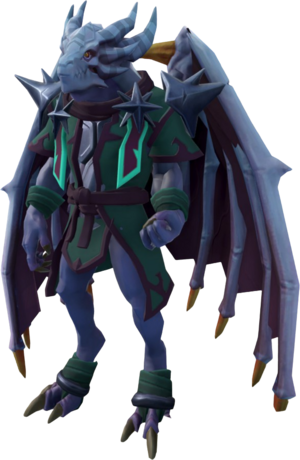 The Dactyl are a faction of the Dragonkin race. Unlike the Necrosyrtes, the Dactyl are more scientific, and instead of giving into the urge to cause destruction caused by the Stone of Jas, they wish to rid themselves of it.[1] In their attempts to do this, they created the dragons.

Tarshak is the only known Dactyl Dragonkin who spent a lot of effort trying to kill a False User, V.

Transcripts Dactyl is mentioned in: