Cube maps are generated captures of a scene that is fed back to a material to resemble a reflection.[1] Each map square has its own assigned cube map to use as a reflection against items.

There are nearly 5,000 map squares that make up the world of RuneScape.[1] About 762 map squares exist on the overworld alone.[2] 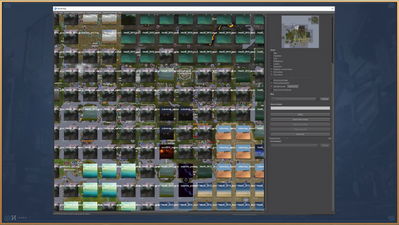 Cube map issues exist because they were laid a long time ago, were inconsistently added to a map square or have all the wrong values to do the reflections.

If there's no cube map assigned our engine defaults to the default cube map, which is a mostly black image with white specks to simulate light.

Most of the issues with the cube maps were not introduced until Anachronia was released, as items introduced afterwards used a new rendering system that made reflections and shadows look incorrect. This was due to improper cube map assignments. However, these issues would not be addressed until the Player Avatar Refresh began in January 2021.

The Player Avatar Refresh brought about the solution that many players had been asking for with the cube maps, as the refresh required the reflections of players to be more accurate to their surroundings.