From the RuneScape Wiki, the wiki for all things RuneScape
Jump to navigation Jump to search
Crate of explosives? (edit)? (edit) 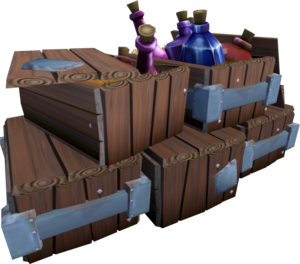 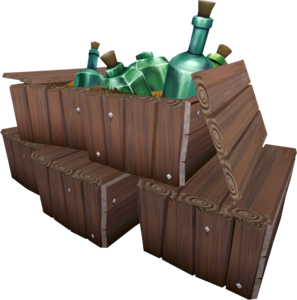 Crates of explosives were managed by Paul and Barry and were found in Rimmington during the third day of the Slime is of the essence event. If the player had slime hunter basic tools or slime hunter golden tools, the crates could have been interacted with to gain Herblore or Smithing experience. Unlike the previous two days of the event where the tools were used to assault the King Slime, the third day required the player to use the tools to create or reinforce explosives.

This information has been compiled as part of the update history project. Some updates may not be included - see here for how to help out!
Retrieved from ‘https://runescape.wiki/w/Crate_of_explosives?oldid=35660590’
Categories:
Hidden categories: