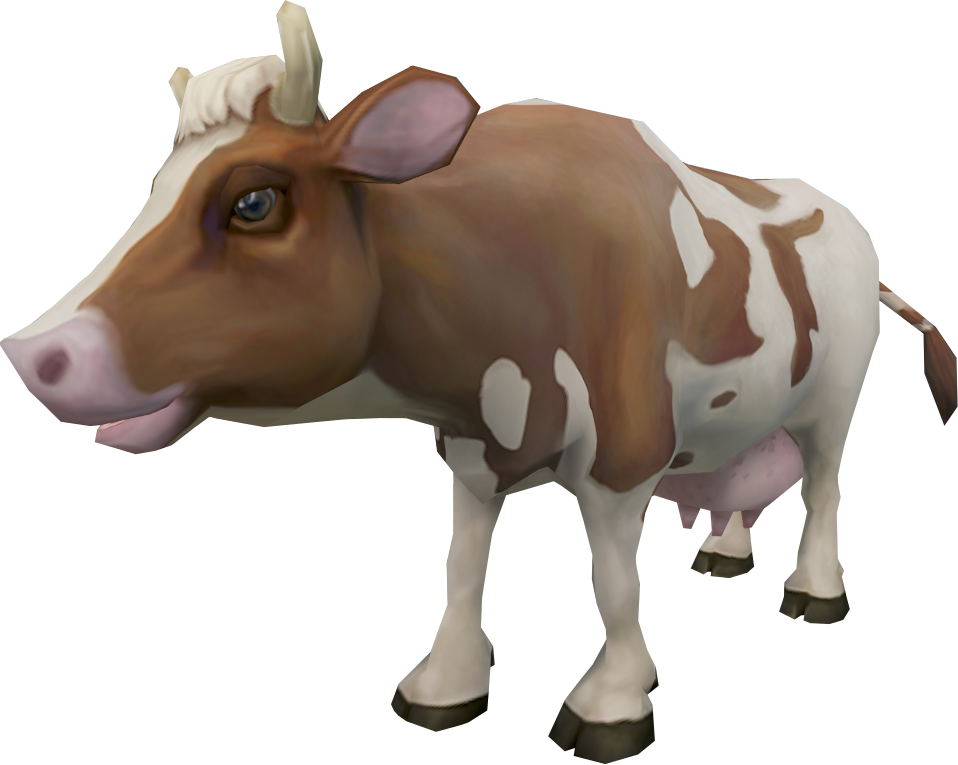 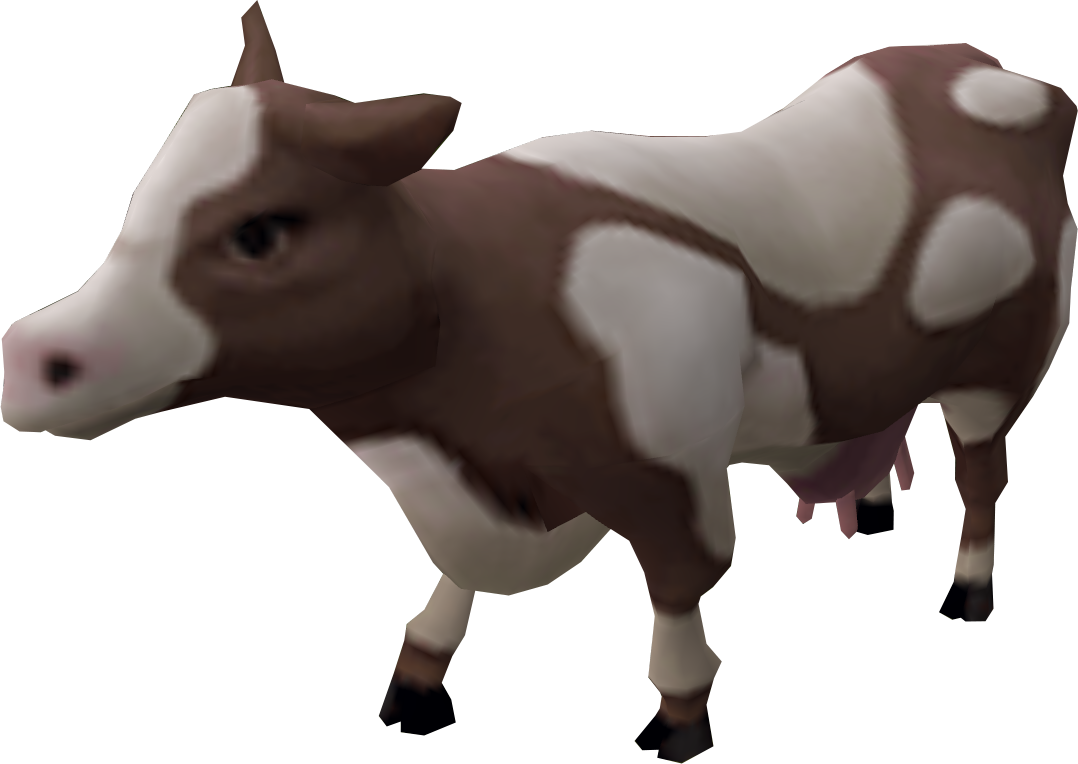 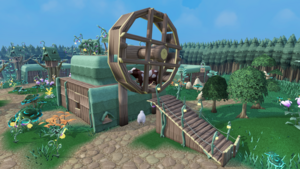 Cows are a bovine monster that is often killed for their hide, and new players may find useful to train on. They are one of the first monsters new players can encounter around Burthorpe. Cows in the Burthorpe field will grant 7 experience while the regular cows located everywhere else grant 35 experience when killed in combat. Along with cows, players can also find cow calves and non-attackable dairy cows.

In the cow field located north-east of Lumbridge Castle or the field in Taverley, players can easily make money. At current Grand Exchange rates, players can make 1,881 coins per cow, providing that they sell the Raw Beef, Cowhide, and Bones from a cow, so they would make 16,929 coins per inventory from all drops.

Zanaris, the moon of Gielinor, is the only place with talking cows. The cows of Zanaris seem to dislike the sheep as well as other players, and are apparently unaware of their ability to talk. There is also a windmill that is powered by a cow in lieu of the wind, which technically makes it a "cowmill". Also, when walking around or being attacked, the cow will often say "Moo" as if it had been typed by a player. A cow is also one of the possible NPCs players can talk to using the NPC Contact spell.