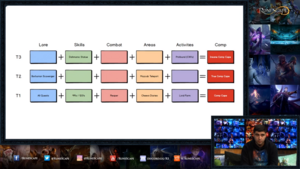 Completionist cape rework is an update that made changes to the completionist cape. Initially the rework was larger in scope, but the design was simplified and a smaller amount of the proposed changes were released on 24 June 2019 (Update).

Non-stat cape bonuses, which were stored and accessed from the completionist cape itself, would no longer be tied to the completionist cape and would instead be unlocked for the character itself. Active benefits, such as teleport options, would be right-click options for any equipped cape. Passive abilities, such as those from ava's accumulator, would be permanently unlocked without the player having to have any item equipped. A cape-customisation interface may be implemented to allow players to choose which active benefits are available via right-clicking a cape and to show which passive benefits are unlocked. A further idea is to have a passive stat boost of +11 armour, +3 Prayer bonus, and +5 to each combat style unlocked at all times with the tier 1 (or tier 2, depending on how the requirements are balanced) combat cape unlocked. This would stack with any cape that the player has equipped.[1][2]

Existing completionist and trimmed completionist capes would become cosmetic "Legacy" versions of themselves, with no changes to their current requirements. They would still be obtainable and wearable after the rework. This would allow Jagex to address controversial requirements, such as the Reaper title and Castle Wars. The max cape would retain its current appearance and would be a separate cape to the tier 1 skills cape, which may have other requirements than level 99 in all stats. The quest cape and master quest cape will also keep their current appearances. They will either become the new tier 1 and tier 3 lore capes or will be additional cosmetic unlocks obtained alongside new tier 1 and tier 3 lore capes.[1][2]

The opinion poll results were as follows[5]:

2) Some old updates never had requirements added to comp and/or trim comp. Assuming comp is no longer tied to best in slot stats and benefits, should we go back and add requirements for updates that we didn't add to comp and trim comp in the past?

4) The way capes of accomplishment work makes players feel compelled to grind out new requirements as quickly as possible to get the cape back. What is your preferred solution?

The concept art for the newly suggested tier capes was shown on stream on 16 April 2019.[6]

In early May 2019, based on player feedback, mainly complaints that the design was too complex, caused Jagex to simplify the design as well as further explaining it in another devblog. It was subsequently accounced in the June 2019 Behind the Scenes article that the simplified comp cape rework was being released that month.