From the RuneScape Wiki, the wiki for all things RuneScape
(Redirected from Commodore Tyr)
Jump to: navigation, search

Commodore Tyr is a high ranking leader of the Void Knights, who protect Gielinor from a race of creatures called Pests. Tyr was a Captain and second-in-command of the order, behind Commodore Matthias and just ahead of Commander Korasi. Tyr features in the quest Quiet Before the Swarm, in which he eventually becomes the Commodore of the Void Knights after Matthias, along with Knight Ami, Knight Diana, Knight Bernard and Knight Mikhal, are killed in an attack on the boat from the Void Knights' Outpost to Port Sarim. He is thereafter referred to as Commodore Tyr. He can be found on the Pest Control island in the northern most building on the eastern side of the island. 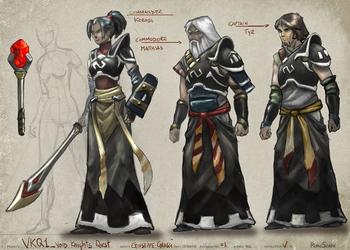