Commander Loman was the third-in-command at the Army Recruitment and Mobilisation Society, having worked there for nine years, and was found on the ground floor[UK]1st floor[US] of the Officer Tower. He offered his services to players whose rank is 100-199. He managed the Rewards shop for players whose rank is 100-199. He sold the commander outfit, poor locator, and quest kit (medium). His spoils rewards were either of higher level/value than those of Serjeant Cole or were the same reward but with a greater quantity. Certain spoil rewards included pure essence, steel bars, jute seeds, etc. He was also able to enchant sapphire, emerald, ruby, and diamond rings for players. 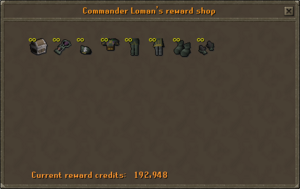 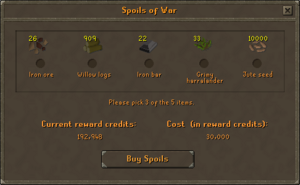 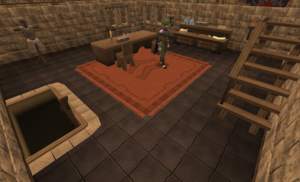