From the RuneScape Wiki, the wiki for all things RuneScape
(Redirected from Combat academy)
Jump to: navigation, search

The Combat Academy was a place in Lumbridge for players to learn the basics of combat after the Evolution of Combat. Run by Lady Deathknell, it hosted a tutorial for all information related to the new combat system. She offered 7 lessons for players to understand the basics:

The combat academy was removed after the 24 February 2020 update and replaced by a market. Only the bank chest remained and some training dummies were relocated in the Burthorpe Guard camp. 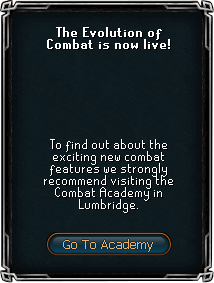 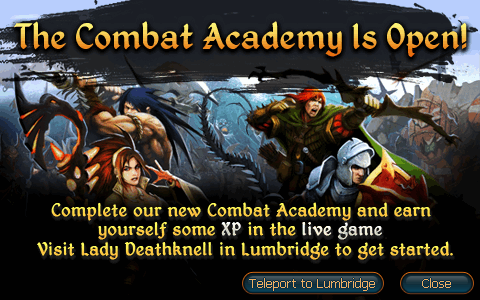