From the RuneScape Wiki, the wiki for all things RuneScape
Jump to navigation Jump to search
The Old School RuneScape Wiki also has an article on: osrsw:Clue scroll
This article is about the item used in Treasure Trails. For other uses, see Clue scroll (disambiguation).

A clue scroll sends the player on Treasure Trails, a series of clues leading towards a buried treasure. Clue scrolls can be randomly dropped by various monsters, found while pickpocketing H.A.M. Members or Elven clan workers, looted from a Treasure chest decoration, or purchased with Thaler. Tier 2 luck or above increases the player's chance of finding a clue scroll, even while pickpocketing.

Clue scrolls have a soft cap of 25 per tier (excluding master), which can be upgraded to 50 by purchasing the clue capacity upgrade in the Treasure Trails Reward Shop. The soft cap means that players can obtain up to 25 (or 50) of each tier, after which players will not receive any more unless it is from a guaranteed source (for example, skeletal horror). This cap includes both sealed clues as well as active clues. If a player reaches this cap, and has a luck effect when rolling for (and missing out on) a clue scroll drop, the associated luck message will still be displayed.

Sealed clue scrolls can also be obtained from Fishing (1/3,000), Mining (1/2,250), Woodcutting (1/3,000), Divination (1/2,500), or Archaeology. The tier of clue scroll players receive is weighted based on their level of the activity, with elites appearing at level 60 training methods and above.

There is always a 1% chance for a sealed elite clue to upgrade to a sealed master clue, which can be upgraded to a 2% chance if using the Invention perk Prosper.

There are five levels of clue scroll difficulties, with better rewards available as the difficulty increases. After the player has completed the last clue of the set, they will receive a reward. Due to the small chance of receiving rare items worth millions of coins, a player may choose to complete Treasure Trails to make money. However, players may complete thousands of clues without finding anything of grand value.

The value of clue rewards can range from as few as 100 coins to well over 2 billion coins.

Easy clue scrolls are generally short and without risk. They can be obtained as a drop from low-level monsters, found by pickpocketing H.A.M. Members, rewarded from felling evil trees, obtained from the Shades of Mort'ton minigame, looted from caskets, or obtained from the resources collected managing Miscellania. 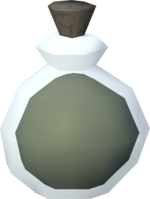 Hard clue scrolls are generally longer and more difficult than easy and medium clue scrolls. They can be obtained as a random drop from a large variety of higher-level monsters, looting a magical chest from the dwarven instinct aura, unlocking silver key chests within the Shades of Mort'ton minigame, purchased from Stanley Limelight Traders for 45 thaler, and obtained from pickpocketing elven clan workers. 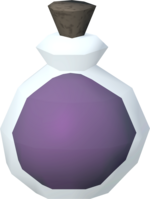 Elite clue scrolls are generally much longer and more difficult than the lower tiers of clue scrolls. They can be obtained as a random drop from a large variety of high-level monsters, looting a magical chest, unlocking gold key chests within the Shades of Mort'ton minigame, purchased from Stanley Limelight Traders for 200 thaler each, obtained from a treasure chest decoration, from defeating the Skeletal horror, completing Triskelion Treasures, or obtained from pickpocketing elven clan workers. 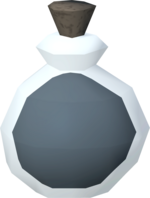 Master clue scrolls are generally the longest and hardest. They can be obtained as a random drop from a large variety of very high-level monsters. They can also be obtained with luck through skilling.