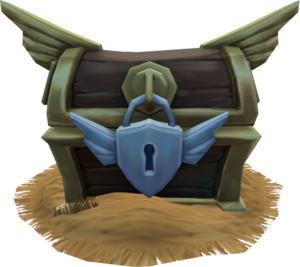 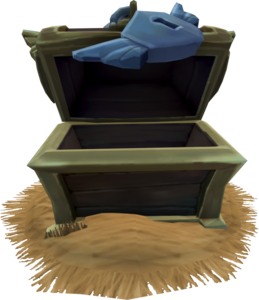 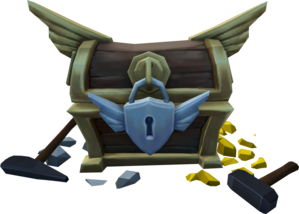 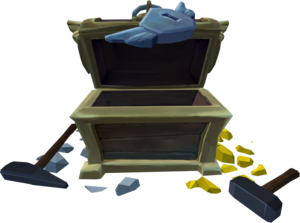 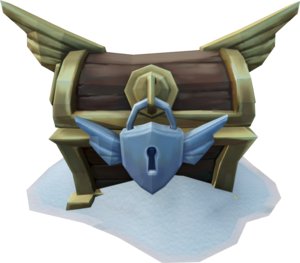 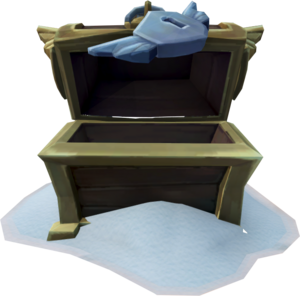 Closed chests, or open chests when opened, can be found at the Grand Exchange near the Guardian of the Vault. Each month starting from the release of the player-owned farm (3 September 2018), gold Premier Club members can open one of the closed chests for exclusive rewards.

The first chest can be opened after completing the player-owned farm tutorial. Along with gold Premier Club members, it can also be opened by members who have purchased the Summer Special 6 month package.

If the player is a gold Premier Club member, the following message will be displayed on login when a reward is available from one of the chests:

You have a Premier Club 2018 Gold member chest ready to open. You can find the chest by the vault portal in the GE.

After the chests were removed from the Grand Exchange on 25 February 2019, players can speak to the Guardian of the Vault to claim rewards from 2018 that haven't yet been claimed, but only if they were a 2018 Gold Premier Club member.

This information has been compiled as part of the update history project. Some updates may not be included - see here for how to help out!
Retrieved from ‘https://runescape.wiki/w/Closed_chest_(Premier_Club)?oldid=35691973’
Categories:
Hidden categories: