From the RuneScape Wiki, the wiki for all things RuneScape
(Redirected from Clan battlefield)
Jump to navigation Jump to search 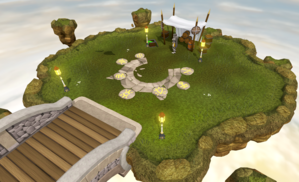 The battlefield is an instanced, customised area in Clan Citadels which allow clans to create their own areas for battle or events. Battlefields are safe. If players die during a match, they do not lose anything. The battlefield can be accessed by speaking to the Battlemaster. He lets players with the appropriate permissions edit, initiate, and enter battles. Guests can enter a battle, but not edit the field. 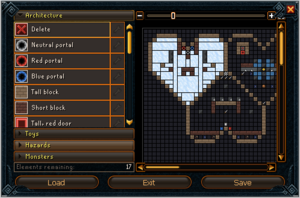 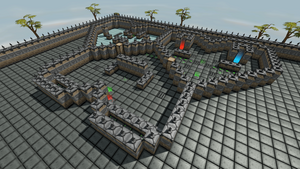 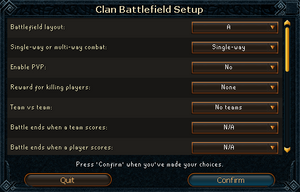