From the RuneScape Wiki, the wiki for all things RuneScape
Jump to navigation Jump to search
Loading...
ItemScenery
Item JSON: {"edible":"no","disassembly":"no","stackable":"yes","stacksinbank":"yes","death":"never","name":"Chronicle fragment","bankable":"yes","gemw":false,"equipable":"no","members":"no","id":"29293","release_date":"20 August 2013","release_update_post":"Divination Skill - Now Live","lendable":"no","destroy":"You will need to harvest more springs to have the chance to find more chronicle fragments.","highalch":false,"weight":0,"lowalch":false,"tradeable":"no","examine":"A fragment of the chronicle of Guthix's past.","noteable":"no"}

Offering up to 30 chronicle fragments to an energy rift (15 if the Abyssal Transit buff in the Memorial to Guthix is active) will yield the player experience equal to the amount received for exchanging them for experience at Guthix's cave and provide the Memory Overflow buff to all players near the rift. Enhanced chronicle fragments provide double progress towards 100% charge, requiring only 15 enhanced fragments (8 if Abyssal Transit is active). 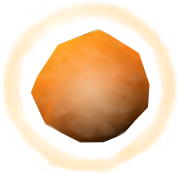 Offering fragments in Guthix's Cave grants the maximum (33% more) experience, but requires completion of The World Wakes. To reach the shrine quickly, use the Sixth-Age circuit's teleport option. Alternative teleport options include the cape of legends, the Ardougne lodestone, Manor farm Teleport, or the Modified diviner's headwear teleport. Offering 100 fragments at this shrine unlocks the "of Guthix" title.