From the RuneScape Wiki, the wiki for all things RuneScape
Jump to navigation Jump to search
For the entrance to the Chaos Altar, see Tunnel of Chaos.
"Chaos dungeon" redirects here. For the dungeon infiltrated during Defender of Varrock, see Chaos Temple Dungeon.

The Chaos Tunnels are a large dungeon network located in low-level Wilderness, north of Edgeville. It is in a members-only region. It does not require any quests to be accessed, although a safe route into the tunnels is unlocked during What Lies Below.

A dwarf multicannon and counterparts cannot be taken into the tunnels; attempting to do will state that the cannon is too heavy to be taken in. This also includes the Dungeoneering cape's perk to teleport into the resource dungeon inside - the option will be disabled if any cannon item is found in the player's inventory.

There are five rifts that allow entrance to the Chaos Tunnels. These are located:

During the quest What Lies Below, a safe route into the Chaos Tunnels is uncovered. Entering the statue south-west of the Lumber Yard leads into the Tunnel of Chaos. From there, the nearest portal to the entrance, towards the north-west, can be used to teleport in to the south-east corner of the Chaos tunnels, a chamber containing giant ant soldiers.

Some of the inhabitants of the tunnels.

The dungeon consists of six "sections". As the name implies, the nature of the monsters are completely erratic and contain various out-of-place monsters such as dragons, demons and others. The chambers are separated, either through walls or collapsed areas that have to be navigated through by using portals in each chamber.

Note that not all portals work correctly, and there is a chance for the portal to misfire, sending the player to a random portal in the entire dungeon. The portal between the ice giants and Zamorak's followers appears to be completely broken and is a one-way teleport from the followers to the ice giants.

Monsters inhabiting the tunnels include: 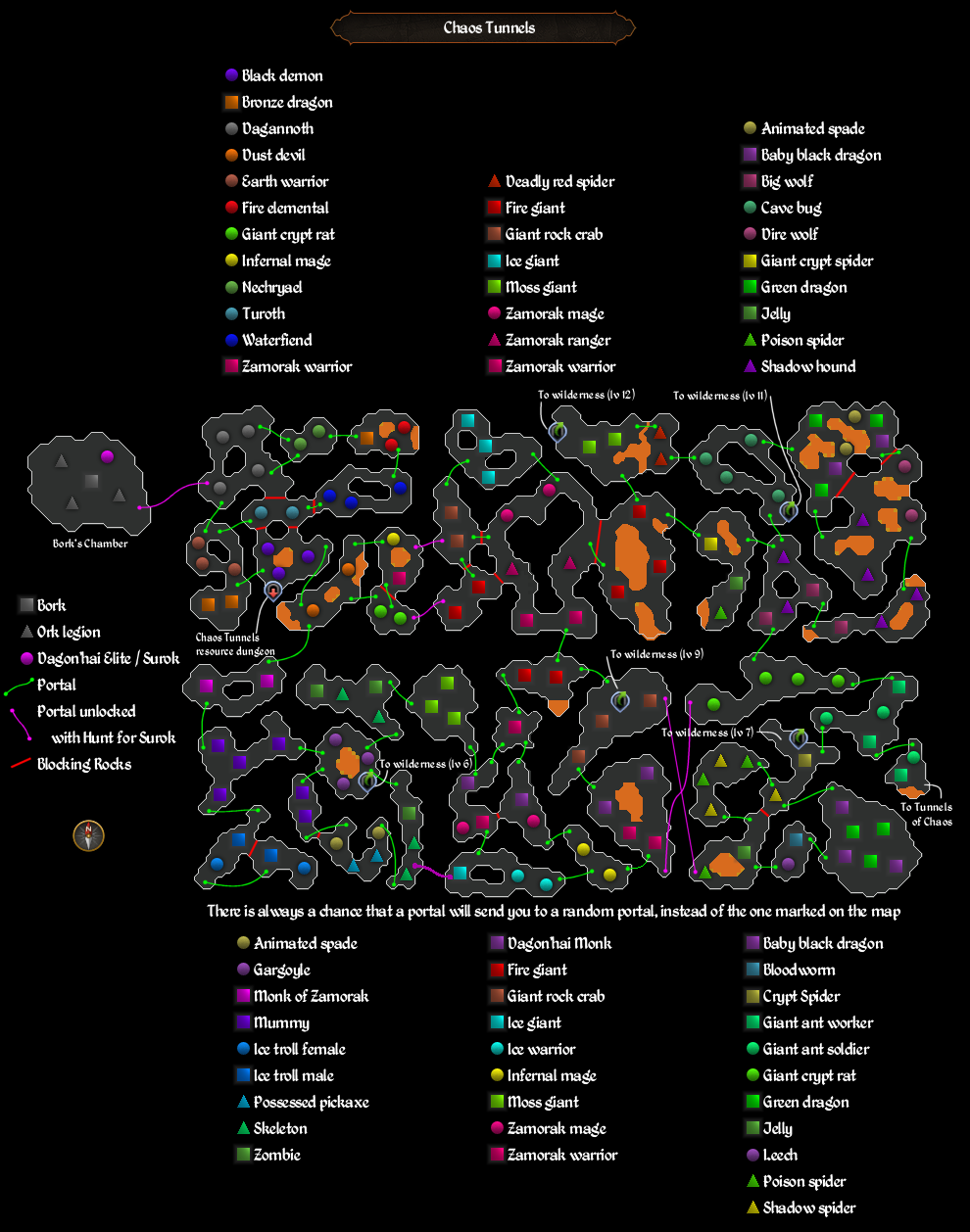 The portal use before the graphical update.