From the RuneScape Wiki, the wiki for all things RuneScape
Jump to navigation Jump to search
This article is about the restored variant. For the damaged variant, see Ceremonial dragonkin device (damaged).
Item JSON: {"edible":"no","disassembly":"no","stackable":"no","stacksinbank":"yes","death":"always","name":"Ceremonial dragonkin device","bankable":"yes","gemw":false,"equipable":"no","members":"yes","id":"50439","release_date":"27 July 2020","restriction":"surface","release_update_post":"This Week In RuneScape - 27/07/20","lendable":"no","destroy":"You will have to find another through Archaeology.","highalch":false,"weight":0.001,"lowalch":false,"tradeable":"no","examine":"A fully restored ceremonial dragonkin device<sup class=\"noprint fact\">&#91;<span class=\"fact-text\" title=\"The preceding quote has been reproduced verbatim and is not a transcription error.\">sic</span>&#93;</sup>","noteable":"no"}

Only one of the damaged artefacts can be owned at a time; attempting to excavate the remains with the artefact or after contributing the restored artefact causes the player to say "It looks like I've found everything in this spot already."

For a guide to create the cosmic accumulator, check this section.

It can't be donated to the museum donation bin. 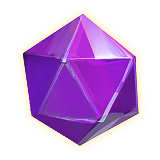 The ceremonial dragonkin device in the journal.

This information has been compiled as part of the update history project. Some updates may not be included - see here for how to help out!
Retrieved from ‘https://runescape.wiki/w/Ceremonial_dragonkin_device?oldid=35821260’
Categories:
Hidden categories: