From the RuneScape Wiki, the wiki for all things RuneScape
(Redirected from Cadarn)
Jump to navigation Jump to search
The Old School RuneScape Wiki also has an article on: osrsw:Cadarn Clan
This article is about the clan. For the leader of the clan, see Arianwyn.

A map of the Cadarn Clan

The Cadarn Clan is one of the eight elven clans who were originally brought to Gielinor from Tarddiad by Guthix and Seren in the early First Age. They were renowned for their military prestige, being especially skilled in Magic and Archery. They are located south east of the Tower of Voices in Prifddinas, off the eastern path.

At least one other elven family, the Anterth, are under auspices of the Cadarn Clan.

During the cataclysmic God Wars, the elves were constantly threatened by the wars beyond the Galarpos. To prevent the discovery of Prifddinas, the elven capital, they had to ensure that the mountain range that separated Tirannwn from what is now Kandarin was not crossed. When invading forces would come close to crossing the mountains, the Cadarn would eliminate them at the Underground Pass.

Soon the Cadarn Clan proved the strongest of the eight families, eventually almost completely controlling the elven military. As a result, the Cadarn Clan was extremely important, often standing as the sole line of defence against the wars beyond.

When the God Wars ended, many elves travelled through the recently built Arandar pass to the lands beyond, where they began to establish settlements and treaties under the rule of King Baxtorian. Nearly all of the Cadarn Clan left Tirannwn, taking up protection over the elven settlers.

However, this left Prifddinas open to attack, not from foreigners, but from the Iorwerth Clan, one of the eight Elven Families. Led by Lord Iorwerth, the Iorwerth Clan was able to easily take the city, allowing them to control the Tower of Voices. The other seven families were forced to leave Prifddinas.

When he found out about this, Baxtorian led his clan on a campaign to liberate Prifddinas, but they were unable to defeat the Iorwerth Clan. They then lived with the other six clans, exiled in Isafdar, where they continued to fight to reclaim Prifddinas until the events of the Plague's End quest. 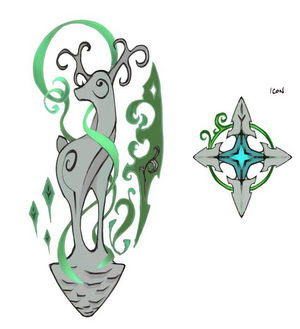