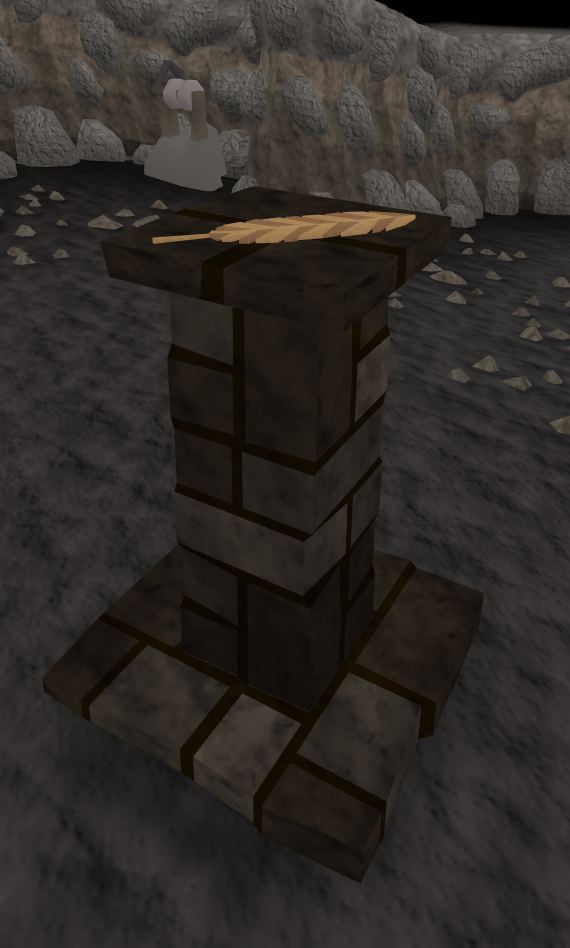 The bronze feather is found on a pedestal.

The bronze feather is a quest item used in the Eagles' Peak quest. It is found on a pedestal inside some caves under Eagles' Peak mountain. When a player attempts to take it, a net trap will lift the feather upwards. The player must then operate the winches in order to lower it. It is not possible to obtain it without setting off the trap.

The player must use the bronze feather along with a silver feather and a golden feather in order to open a locked door that leads deeper into the caves.