From the RuneScape Wiki, the wiki for all things RuneScape
Jump to navigation Jump to search
The Old School RuneScape Wiki also has an article on: osrsw:Brimhaven Agility Arena 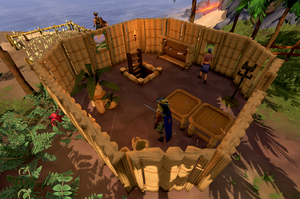 The Brimhaven Agility Arena is a minigame that features an obstacle course for training Agility. It can be found in the east of Brimhaven, and is run by Cap'n Izzy No-Beard who charges 200 coins for admission. If players have completed Rocking Out, they will be allowed to enter free of charge.

The objective of the minigame is to tag the pillars located in the arena in order to get Agility Arena tickets. The arena is made of twenty-five platforms arranged in a 5x5 square, each with a single pillar except for one, which has the exit. Between each pair of adjacent platforms is an obstacle which must be passed, usually using the Agility skill. If the player fails to pass the obstacle, they will take damage. Expect to fail some obstacles, repeatedly. There is a time crunch as players have to race between ticket dispensers within 59 seconds to earn a ticket. 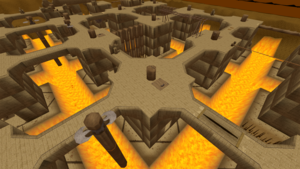 Players do not have to play for tickets. The Agility experience gained from simply traversing the obstacles can be a reasonable training method for lower levelled players.

Players can check their progress by looking at the indicator in the upper right corner. When players first enter the arena, the bottom block is red. When an active dispenser is tagged, the top green box is shown. Players have 59 seconds to continue to the game or the box will turn red. 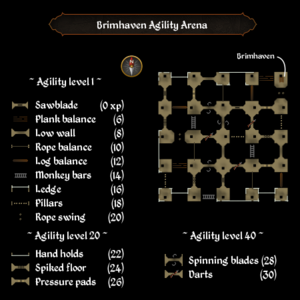 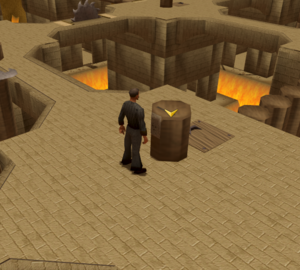 A player tagging the 'active' pillar.

When going to the Agility Arena, these items are recommended:

The obstacles in between each platform are as follows: 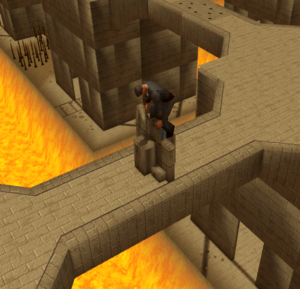 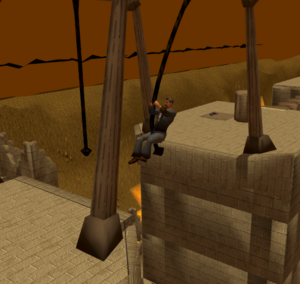 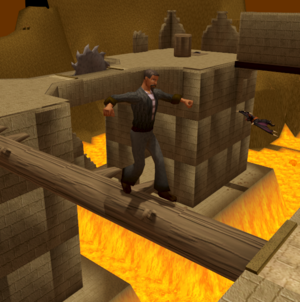 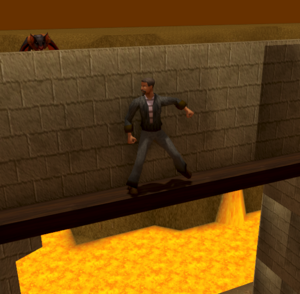 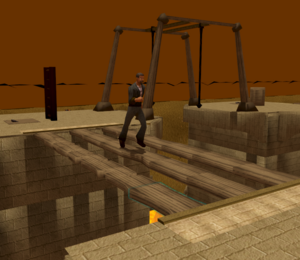 The safe plank changes every time the pillar changes. It is possible for the planks to change between the time the player clicks and the time it takes to begin to travel across the plank. 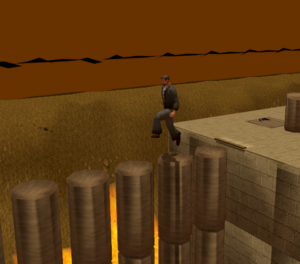 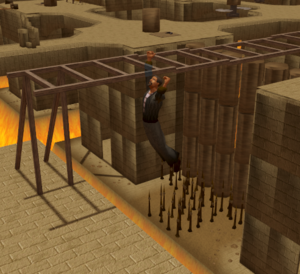 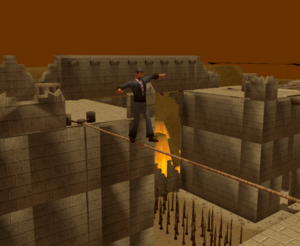 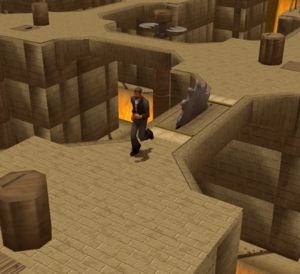 The chance of success may change depending on lag and the player's internet connection. If a player has noticeable lag or a slow internet connection, this is one obstacle to avoid where possible. Players that are hit by the blade will be pushed backwards, depending on which side of the blade hits them. As a result, a player may still pass this obstacle if they are hurt by it.

An easy way to pass is to CTRL+click (or have run turned on) the opposite side on the minimap. When players are able to successfully click, they will not fail, unless they are walking. 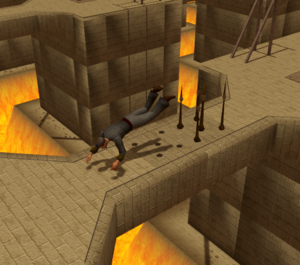 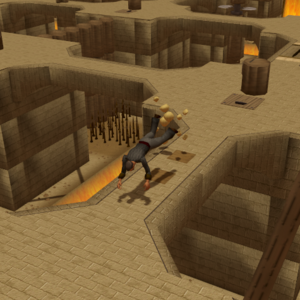 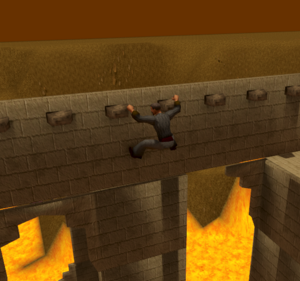 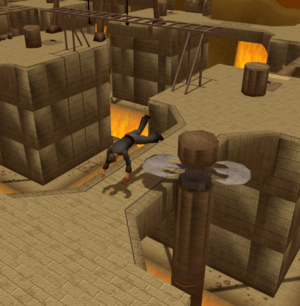 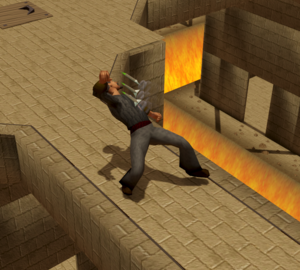 This is by far the most dangerous obstacle on the course; It can be difficult to see the markings on the pillars where the darts fly by, it requires the joint-highest level to pass, and the darts will lower a player's Agility level by two if they fail to dodge them. It often fools inexperienced players who run across it in the assumption that there is no obstacle in their path. If there is an alternative, this should be avoided, as it takes longer to pass than most obstacles.

You got a ticket. 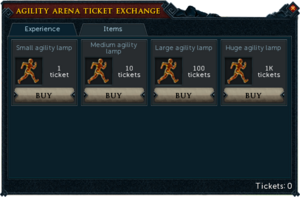 Agility arena tickets can be exchanged for prizes 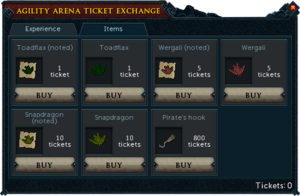 For each pillar successfully tagged while active, the player will be awarded with an Agility Arena ticket. These can be traded in with Pirate Jackie the Fruit for the following rewards: