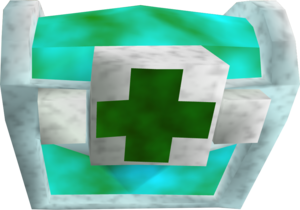 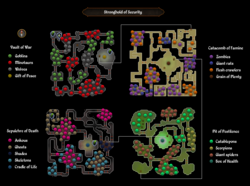 The Box of Health is a treasure chest found at the end of the third level of the Stronghold of Security. Once opened, the portal near the entrance can be used to reach the end of the level. When opened, the player will receive 5,000 coins, the ability to use the Idea emote, and will have all life points and prayer points recharged. Like the other treasures found on previous floors, the Box of Health contradicts the theme of the floor. A player can only open it once.