From the RuneScape Wiki, the wiki for all things RuneScape
Jump to navigation Jump to search
The Old School RuneScape Wiki also has an article on: osrsw:Body altar
Body altarBody ruins? (edit)? (edit) 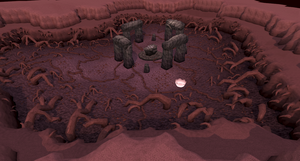 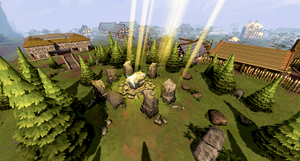 The Body altar may be found south of the Edgeville Monastery and west of the Barbarian Village. It is used to craft body runes from rune essence and pure essence, providing 7.5 Runecrafting experience.