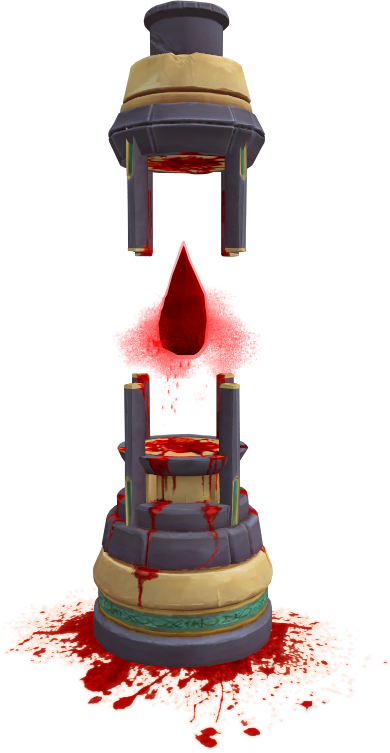 Blood crystal is one of the crystals that power Nex in the Nex: Angel of Death fight.

The crystal is attackable when Nex reaches 600,000 life points. It can only be attacked depending on the order of the praesul (Nex's mages) were killed. Unlike the other crystals, this will not allow Nex to use attacks but will heal her over time.