Quick guide for Birthright of the Dwarves

From the RuneScape Wiki, the wiki for all things RuneScape
< Birthright of the Dwarves
Jump to navigation Jump to search

If you have just finished King of the Dwarves, you must leave Keldagrim and come back or re-log to make Veldaban appear.

The assault on the Red Axe[edit | edit source]

You can teleport out at any time. When you return, the fight will resume from after the last person you killed (Grimsson, Chaos Grimsson, or Chaos Hreidmar). If you place a dominion marker during the first phase of the fight, you will lose it. To retrigger the fight, enter the north cave in the Barendir tunnels. 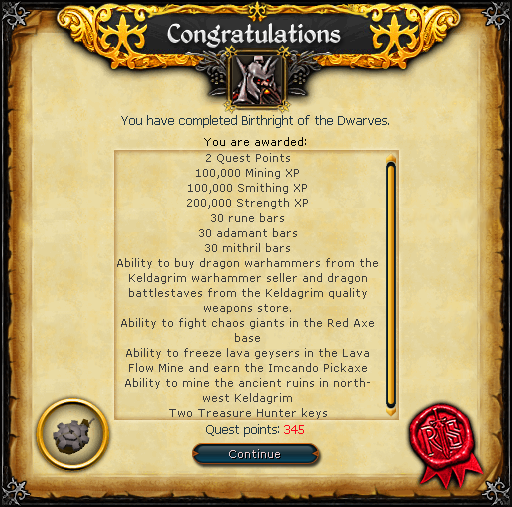 Birthright of the Dwarves is not currently required for any quests or miniquests.