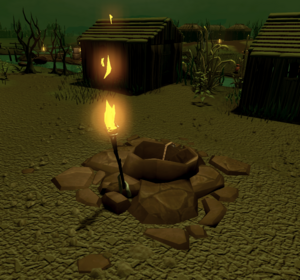 Barrows: Rise of the Six is the sequel to the standard Barrows. It was released on 13 November 2013. It features a team of one to four players fighting against all six of the Barrows Brothers: Ahrim, Dharok, Guthan, Torag, Verac, and Karil. Due to Sliske's experiments in the Shadow Realm, the brothers have become stronger. The entrance to the fight is located in a hole just west of the original Barrows.

After subduing the brothers, the player(s) can loot the chest that subsequently appears to obtain their rewards. The chest will always roll the four tables.

One energy is always received from the chest; however, there is a 50% chance to obtain a second piece of energy.[1] It always comes in unstable form. In order to stabilise it, the player must escape the dungeon without lobbying, dying or teleporting. 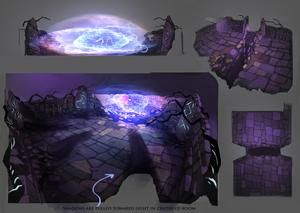