Bandosian warlord is a follower of Bandos encountered during Wilderness Warbands. Taking on this powerful bandit can be a challenge, as, like other warband generals, he uses a special attack that looks like Meteor Strike. He will say "Someone will pay..." followed by "...and it's you!" before hitting the unlucky victim for 5000 damage. His defence level is also rather high, making it hard to hit him without at least level 70 weapons.

His weapon seems to literally be the symbol of Bandos, a trait which no other Warbands leader shares.

The warlord uses his special attack. 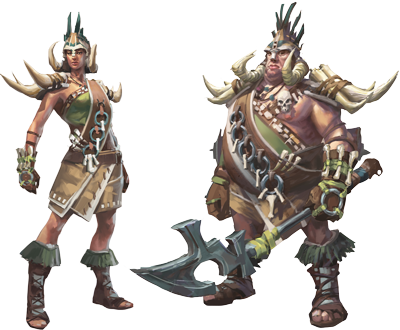