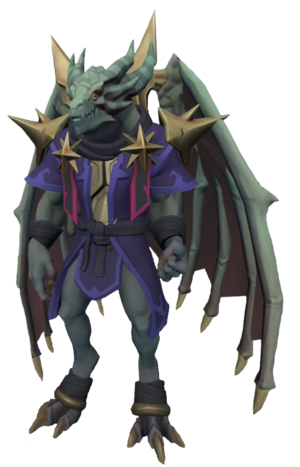 The Aughra were a dragonkin faction active on Orthen before the dragonkin were bound to the Stone of Jas.

When it came to dealing with the Elder Gods, the Aughra proposed to carry out expeditions through the Abyss in order to explore other worlds and learn more about the newly-created universe. While the dragonkin had already spent an indeterminate amount of time in the Abyss in order to survive the Great Revision and there were concerns that spending even more time there would have ill effects on their bodies, the Aughra were of the belief that the dragonkin were defined by their minds rather than their bodies. Likewise, they believed that making peace with the Elder Gods was idealistic, if not outright impossible. They believe in the Skekslan, the unbroken wheel; due to their beliefs, they are able to insert their will on weaker-willed individuals. This was strengthened during their time in the Abyss.

Nevertheless, they insisted that their plan was not born out of fear, but rather was meant to serve for the betterment of all kin, and urged the other factions to be cautious while carrying out their respective solutions.

When Jas cursed the dragonkin, many of the Aughra fled to the Abyss in order to free their minds from the pain of the curse. Those that remained in Gielinor most likely died off or joined the Necrosyrtes, as Skeka states that some of her acolytes "threw" themselves to Raksha in order to escape. Skeka herself tried to use her reverse-engineered device to jump into the Raksha's mind in an attempt to escape the pain, although the attempt was unsuccessful.

Transcripts Aughra is mentioned in: