From the RuneScape Wiki, the wiki for all things RuneScape
(Redirected from Artisan's workshop)
Jump to: navigation, search
For the version of the workshop before the Mining and Smithing rework, see Artisans' Workshop (historical). 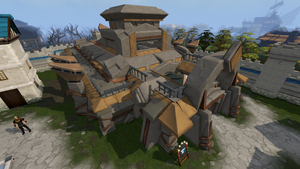 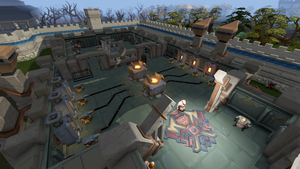 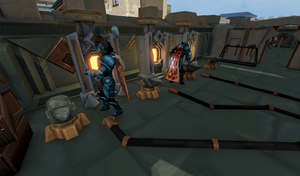 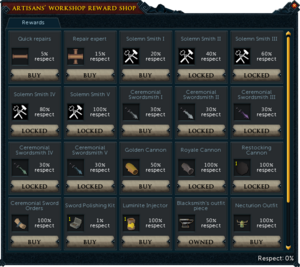 Players can buy these rewards from Egil in the west of the workshop: Rewards can be bought using 'Respect', which is earned for working in the workshop. The respect goes up roughly 1% per 10k experience[1] (assuming no experience bonus is applied). Unlocking all permanent rewards is one of the requirements needed to get a trimmed completionist cape.