The Archer helm (e) was a Fremennik helm that had been enchanted to hold summoning scrolls by Pikkupstix. To wear a Archer helm (e), a player needed 30 Summoning and 45 Defence and had to have completed The Fremennik Trials. 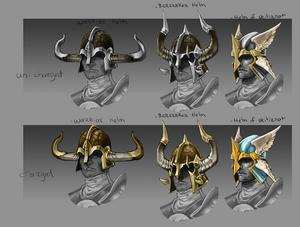